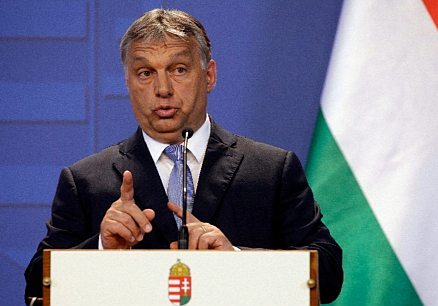 Other European countries are watching with great interest the migrant quota referendum that will be held next Sunday in Hungary.

Many thanks to Ava Lon for translating this article from the Polish news portal wPolityce.pl:

In a week comes the Immigration Referendum, which will be a test for Viktor Orbán

I’m in Budapest. Subject number one in the local media, in political circles and among ordinary Hungarians in the streets is yesterday’s explosion at Oktogon Square. Initially it was said that the explosion in the center of the capital could have been the result of a leaky gas installation. It is now known that this was — as the pyrotechnics experts are claiming — a “homemade bomb.” As a result of the detonation two police officers were injured. So far it is not known who was the perpetrator of the attack. We’re all wondering whether the explosion was related to the referendum, which will take place next week, and whether it might influence the outcome.

In the streets of Budapest and other Hungarian cities everywhere you can see posters declaring that the perpetrators of attacks in Paris or rapes in Cologne were illegal immigrants. It’s a sign that our Hungarian cousins are preparing for the referendum to be held next Sunday, October 2nd. The question that citizens will be answering reads: “Do you want the European Union to be able to order, even without the consent of parliament, the compulsory settlement in Hungary of persons other than Hungarian citizens?”

The referendum will be held at the initiative of the ruling Fidesz party, which cares very much about victory. Prime Minister Viktor Orbán said that he hoped that Hungarians will forge the sword with which he’ll be able to fight the Eurocrats in Brussels.

There is no doubt that the majority of voters will oppose the compulsory quotas. According to recent surveys, about 80 percent Hungarians support such a result. For the referendum to be valid, more than a half of eligible voters must take part in it. And this is actually the only unknown.

Orbán is of course aware that turnout is his main problem. Therefore, in a recent interview he said that the outcome of the referendum will decide the fate of the country for the next generation. He added that anyone who does not take part in the vote will by his conduct send the message that he isn’t interested in the fate of his own country.

According to recent polls, about 53% of respondents expressed their intention to participate in the referendum. However, this is a small majority, within the limits of statistical error, and does not guarantee success next Sunday.

Hungarian media believe that the reason for the demobilization of the electorate was the recent statement by the President of the European Commission, Jean-Claude Juncker. He stated that Brussels is withdrawing its plans to combat the immigration crisis, including the imposition of mandatory quotas on EU member states. If it turns out to be true — according to some Hungarian journalists — a referendum would be pointless. Others say that one declaration by a Brussels dignitary does not mean the final abandonment of earlier plans, but may result in some voters staying at home.

As I was told by Attila Szalai, an employee of the Institute for Research and Archive System Transformation, in the game that Orbán is playing the stakes are high. Victory in the referendum could in fact embolden other forces in the European Union, those opposed to immigration policy in Berlin and Brussels, and it could become the impetus for those forces to act.

The triumph of Fidesz will be at the same time a victory for the Visegrad Group countries, because both the governments and the majority of the citizens of Poland, Slovakia and the Czech Republic share with the Hungarians’ opinion about immigration.

Viktor Orbán also believes that if the referendum is a success, it will improve his position in the European forum, in order to propose an amendment of the Lisbon Treaty the EU. He wants a new document, which would strengthen the autonomy of the nation states in the Union. The Hungarian government spokesman Zoltán Kovács said:

“The position of our prime minister has not changed: since the adoption of the Treaty of Lisbon, several key circumstances for which Europe was not prepared, have changed.”

Kovács elaborated that he meant for example Brexit and the immigration crisis. This makes the revision of the Treaty of Lisbon necessary.

No wonder that next week all Europe will be watching Hungary.

12 thoughts on “All Eyes Are on Hungary”