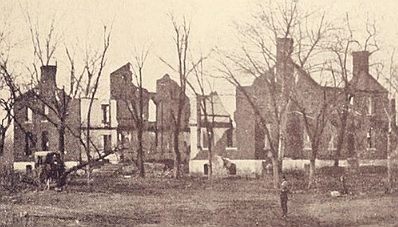 The excerpt below the fold is from Wretchard at Belmont Club, taken from his essay of August 3rd.

Some of our readers may not be aware that the Baron and I began our online life as commenters at Wretchard’s old site before he joined Pajamas Media. And those who do know may not be aware that it was originally Wretchard’s idea to begin a kind of communal website, long before anyone else was doing it. But, as the Baron did, Wretchard worked full time in IT and had family obligations. There simply weren’t enough hours in the day to bring his ideas to full fruition.

Here is his last post on his original blog, whose URL was changed to reflect his move onto the Pajamas Media platform. It’s worth reading since he gives his background (or at least some of it). He doesn’t mention how he ended up at Harvard grad school, an interesting story in itself, or the crucial information that his formative years were spent in the underground in the Philippines, fighting the despotic Marcos. Perhaps he’d wearied of talking about those times. Once you win a victory like that, what do you do with the rest of your life? Thus, if you sense the darkness underlying an already-present characterological gravitas in Richard Fernandez, it surely originates there in the dangerous endeavors of his youth. Causes worth dying for are not without their existential costs.

I was glad to see that when Pajamas had its big purge of the little guys, Wretchard retained his position. His page is separate from the main and no doubt his traffic is appreciably higher than that of anyone else there, probably driving traffic to other features at PJM. I deduce that because of the large numbers of comments that follow each of his essays. That appended distributed wisdom of his readers is also often worth your time.

Not only are his analyses first-rate but like the Baron, Wretchard was/is a mathematician and considers events from a process point of view — as opposed to many of us who get bogged down in content. The differences between the two are crucial when you’re looking for patterns, trying to comprehend the larger meta-truth underlying or over-arching a series of events or a period of time. As the Baron does, Wretchard often reaches back in history or literature to make his points.

It was our experience as commenters on Belmont Club (along with other concurrent life events) that led us, finally, to branch out on our own. When the moment of realization arrives — i.e., seeing that one has become a Thread Hog in someone else’s space — it’s a bit like leaving home. So I think of Wretchard as our godfather. We may have moved in very different directions since then, but the time we spent traveling the path with him remains a formative experience for both of us, though perhaps more for me than for the Baron. The B is so busy now, so caught up in the current of events overwhelming Europe, that he hasn’t the luxury of enough time to look back. 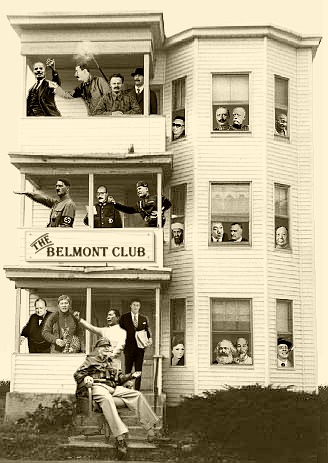 The excerpt below is the latter part of a larger essay; as always, a suggestion to read the whole of It’s Not the Bull, It’s the China Shop.

I didn’t include his links but those are worth following too.

[The emphases and editorial comment in this excerpt are mine — D]

Both Cruz and Rubio attempted to run conservative platforms within the two party system. The reason they failed in the primaries was because there was a significant bloc of voters who were not interested in choosing the policy content of the current system. They wanted an up or down vote on the system itself. This made conservatism a second-order issue and caused the Cruz-Rubio campaigns to fall upon deaf ears.

Cruz and Rubio failed due to the perception they were going to work within the system. Trump’s appeal is that of a bull in a china shop whose figurines you hate.

The really shocking thing about 2016 is that the public was far more radicalized than the pundits and pollsters — and politicians — anticipated. This mental state accounts for the curious reaction of Trump’s supporters to his gaffes. They ignore them and double down on their assertions. In other words, they are acting just like left-wing publics have acted for years.

The system of political discourse was only stable for as long as it observed the unwritten rule that only one side was allowed to transgress while the other simply endured it. The Dems played the Globetrotters and the GOP the Washington Generals. You could book as many elections — pardon me, tournaments — in venues as long as you knew this relationship held.

What’s destabilizing the system is that a section of the public — Trump included — now dare to say things that as are outrageous as Obama’s claim that he never paid ransom to Iran; or Hillary’s assertion that her email server never held classified information.

You lie, I lie. What difference at this point does it make? Eh, Hillary? Suddenly the men on the court are actually playing basketball. Maybe not Trump, but Trump’s supporters. The left is being paid back in its own, admittedly counterfeit, coinage and “this means war.” Indeed, war can be defined as the state where both sides play by the same rules. The tacit custom for example, is that only one side can send suicide bombers to Paris. The other side can’t return the favor. The system is stable as long as the attacks are one way. When Paris starts sending suicide bombers to Saudi Arabia, you’ll know the world is at war. Until then it is merely business as usual. It’s merely pretend.

You, dear reader, know that Paris will never send any “bombers” to Saudi Arabia. But when Donald Trump mentions “nuclear weapons” the Powers That Be get very scared. That’s a forbidden topic and he has transgressed the limits of what may be uttered out loud… yet again.

The attempts to politically liquidate Trump may be rational from a certain point of view. But they miss the mark entirely. The establishment is on trial, not Trump. Trump is already damned to reality show hell. He has nothing to lose. Donald’s opponents may, in the end, succeed in bringing him down. But they may find it has solved nothing. Everyone is now on the road that Hillary and Trump have set events on — and nobody is sure where it goes.

Wretchard is right: nobody is sure where it goes but most seem to agree that it will surely go awry. Whatever else he has done, Donald Trump has thrown a huge spanner in the works of the Uniparty; it was a spanner that badly needed to be thrown. The evidence for that [i.e., Trump’s action] is in the long spew of befouled language [the reactive hatred] issuing from the mouths of our so-called “Conservative” talking heads. Whatever/whoever replaces them will be a welcome change. One hopes they go quietly to find a place to spend their thirty pieces of silver.

To see all their attacks gathered in one volume, divided by themes, see Don Surber’s carefully sourced book, Trump the Press: Don Surber’s take on how the pundits blew the 2016 Republican race.

. It’s topical now but will eventually be of historical importance.