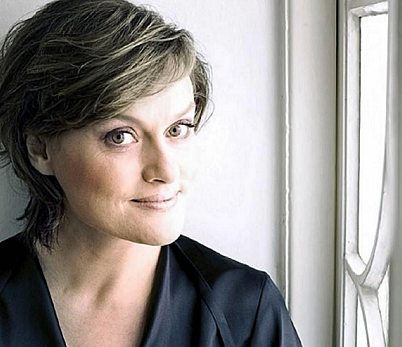 A well-known Bulgaria opera singer was attacked and injured during an attempted robbery while she was making appearances in the Austrian city of Innsbruck. Her attackers may have been “refugees”, or they may have been “New Austrian” citizens of long standing. In any case, they were part of the glorious rainbow of diversity that has so enriched Modern Multicultural Austria.

The following report was posted by BNT, the Bulgarian national television service. Many thanks to RR for the translation:

The opera diva Vesselina Katzarova: I am a strong Bulgarian lady and I will cope

The world-renowned mezzo-soprano was attacked on Tuesday evening by two young men of “Arab appearance” in downtown Innsbruck. The singer cancelled her further appearances at the ongoing festival in the Austrian city, and is recovering at her home in Switzerland.

“I am a strong Bulgarian lady and I will cope. But now I worry about future — where is our world headed to?” comments Katzarova.

The singer was in the Austrian city of Innsbruck taking part in a festival. On Tuesday evening, while returning to her hotel after a rehearsal she was attacked by two young men with Arab features.

“It all happened in the centre of the city. I cannot state if the men were refugees or not, they might have been Austrian citizens as well,” says Katzarova.

The “youngsters” tried to rob her of her handbag after pushing her to the ground. The singer called for help and managed to fight back against the attackers, who escaped precipitously.

“I don’t believe they will find them, as they immediately ran away. I went for a medical checkup; happily I didn’t lose consciousness, but I still had some injuries. The local lady-physician explained to me that I was lucky not to get beaten up, as attacks on women by Arabs have multiplied. I cancelled my appearances at the Festival and returned home to Zurich, Switzerland, where I have lived since 1989.”

The singer said she did not provoke the attackers in any way: she was dressed discreetly and wore no makeup.

“I advise everyone to be on his guard, particularly women should be alert. It happens, even in the European cities.”

The news of the attack on the world-famous Bulgarian singer was spread by the Austrian and then by the Swiss media.