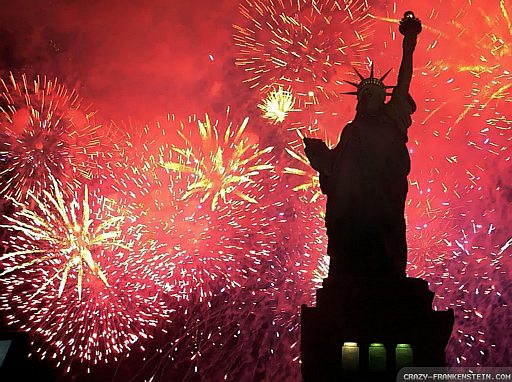 A friend came today to help with the dust mite problems which are causing my eyes to swell shut and my whole epidermis to become one Giant Itch. One remedy suggested that for those of us with mite allergies a ‘must for the dust’ is the removal of all books out of bedrooms. A remedy worse than death and once which will never, ever happen at Schloss Bodissey. We have two floor-to-ceiling bookcases, one on either side of the room. Taking all those books away, even if our house were big enough to allow for their placement elsewhere, would be like removing the heart and soul from that cozy space. No way.

So instead of a biblioectomy, we made up a batch of DIY miticide and began the long process of removing the books tome-by-tome, shelf-by-shelf, cleaning each and every one. Then we cleaned the shelves and their backs, spraying into the corners. One of us hit on the bright idea of using a hair dryer to help speed the drying process on the flat surfaces where the books would be returned…

In the course of several hours, we managed to do one half of one bookshelf – the one on my side, of course – sorting out which books need to find new homes (“New Homes for Old Tomes”?). Those were a distinct minority but now somewhat cleaner. When things have dried out a bit, they can be returned to their respective places. We also sprayed curtains and the small rug on each side of the bed. Smells good in there, though we have a long way to go.

Books that were given as gifts seldom ever go to the discard pile. Each one has a little story or a bit of karma attached…

…for example, a book of prayers for healing, given to me during my bout with chemotherapy, is a keeper. Sometimes I’ll leave it on my nightstand for a few weeks and it will stay there until I get involved in, say, a freebie Kindle novel.

There are 365 prayers in that book, one for each day of the year. When its turn for cleaning arrived, out of curiosity I opened the book to the prayer for today. Oh right, it is indeed July 4th, despite the rain and unseasonably cool temperatures around here. In my allergy misery, I’d forgotten all my fellow countrymenpersons across the fruited plains, most of them grilling hunks of meat and vegetables, others intent on blowing things up. No, not ISIS, just guys lighting off preparatory fireworks in anticipation of an evening beginning with lightning bugs rising up into the trees: the ascent of those fireflies tell you it’s time to bring out the Catherine Wheels and Chrysanthemums and bottle rockets, amen…

So… Did I dare look at that July 4th petition? Would it spoil my mood (from inhaling the vapors of our homemade miticide no doubt) by turning out to be a p.c. utopian groanfest for world peace or would it stick to the old values? Surprisingly, it turned out to be a palatable admixture of both, with a most fitting end:

May we as a nation be guided by the Divine to rediscover the sacred flame of our national heritage which so many have given their lives to safeguard;

Let the wounds of separation and division be healed by opening our hearts to listen to the Truth on all sides, allowing us to find a higher truth that includes us all;

May we as a people undergo a transformation that will draw forth individuals to lead our nation who embody courage, compassion, and a higher vision;

May our leaders inspire us and we so inspire one another with our potential as individuals and as a nation that a new spirit of forgiveness, caring, and honesty be born in our nation…

May we as a nation re-dedicate ourselves to truly living as one nation under God indivisible with liberty and justice for all;

And may God’s Will be done for the United States as we, the people, align with that Will.

Yeah, I know prayers aren’t for everyone. So for those who prefer other distractions, a list of movies to watch on July 4th.

Despite my good intentions, I’ve never watched Forrest Gump, though I’d like to. But I’m surprised at the number of those films I have seen. Wait: I’ve only read The Great Gatsby, but Fitzgerald’s rich descriptions (despite the underlying frenzied dysphoria) can make you think you’ve seen it. Saving Private Ryan was an endurance of sorts for those of us who prefer the print of war rather than its images…

Again, guys, Happy Independence Day. And that goes double for all the Brexit folk, who I do fervently hope are able to achieve their own independence, joyful in the freedom from no longer having to measure their cucumbers. Those dirty old men in Brussels just never give up, do they?