The Swiss, like the Germans, are sticklers for the rules. Despite the level of cultural enrichment in Switzerland, the newcomers have to meet certain mandatory requirements before they can be naturalized and receive a Swiss passport.

Many thanks to Egri Nök for translating this brief report that was published on June 27 in the Austrian magazine Heute (Today):

Switzerland: Those who won’t swim won’t get a passport 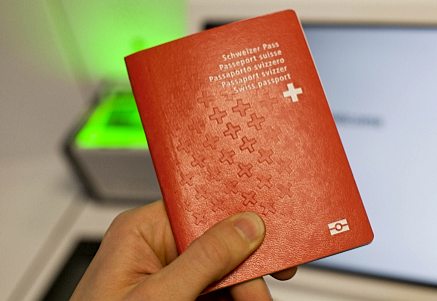 Photo caption: Whoever does not participate in swimming lessons will not be naturalized in Switzerland. (Photo: Reuters)

In Switzerland, two Muslim girls (12, 14) were denied citizenship because they neither partake in swimming lessons nor in school camp. The two sisters from Basel assert these activities are incompatible with their faith.

Therefore, it does not matter that the two girls speak German well. This is the first time that an application for naturalization has been rejected for non-participation in swimming lessons. Thus, a precedent is set for future decisions, Wehrle told Swiss Radio SRF.

Legally, they were “on the safe side”. Therefore, the girls’ parents did not appeal to the decision.

5 thoughts on “No Swim, No Passport!”