On July 1, 2016, a group of seven militant Muslims attacked the Holey Artisan Bakery in the Gulshan diplomatic area of Dhaka, Bangladesh. The attackers shouted “Allahu Akbar!” Bangladesh has been rocked by a wave of deadly attacks on secular writers and against the few Christians, Hindus and Buddhists who remain in the country.

According to witnesses, Islamic radicals stormed the cafe armed with assault weapons, pistols and “sharp objects” before taking more than 30 people hostage. The terrorists then hacked 20 people to death, sparing only those who could recite the Koran. The cafe was eventually stormed by Bangladeshi commandos who killed the attackers. Among those killed were nine Italians, seven Japanese, one Indian and one American citizen. Bangladeshi Prime Minister Sheikh Hasina declared two days of mourning for the victims. She added: “Anyone who believes in religion cannot do such act. They do not have any religion, their only religion is terrorism.”[1]

Muslim-dominated Bangladesh is estimated to house around 172 million people. That number keeps growing by a couple of million annually. In a poor and already densely populated country, such a rapid population growth is unsustainable.

In the year 2000, Bangladeshi Prime Minister Sheikh Hasina was asked by the Los Angeles Times how the country was going to feed, house and employ the expected doubling of its population by 2050. She replied: “We’ll send them to America. Globalisation will take that problem away, as you free up all factors of production, also labour. There’ll be free movement, country to country. Globalisation in its purest form should not have any boundaries, so small countries with big populations should be able to send population to countries with big boundaries and small populations.”[2]

Hasina is essentially arguing that her nation needs more Lebensraum, and that other countries should meekly accept this. Several Muslim nations seem to attempt a similar policy of population dumping through mass migration.

The Islamic State (ISIS) claimed responsibility for the attack in Dhaka, launched on the final Friday of Ramadan. Bangladesh’s Home Minister Asaduzzaman Khan refuted claims that the Islamic State was behind the attack. According to him, the terrorists “are from rich families, they have good educational background.”[3]

The claim that Islamic terrorism is caused by poverty has been disproved many times. Studies indicate that many Islamic terrorists have at least average education and income. Al-Qaida’s leader Osama bin Laden grew up in wealthy Saudi Arabia as the son of a billionaire. Saudi Arabia was never under European colonial rule. It is the origin of one of the world’s most brutal imperialist traditions, the Arab cultural imperialism of Islam, as the author V. S. Naipaul reminds us.

The U.S. State Department confirmed that a U.S. citizen was among those “senselessly murdered” by Islamic terrorists in the diplomatic quarter of Dhaka, Bangladesh.[4] This mass murder was far from “senseless.” Eyewitnesses clearly state that those who were Muslims were spared by the attackers. Those who were not Muslims were systematically tortured and murdered. This was a Jihadist attack. The pattern was similar to a previous terror attack in East Africa.

On September 21, 2013, a group of gunmen attacked hundreds of unarmed civilians at the upmarket Westgate shopping mall in Nairobi, Kenya. The attack and siege lasted for several days and resulted in the deaths of 61 civilians, 6 Kenyan soldiers and 4 attackers. Several hundred people were wounded. Al-Shabaab, a Somali militant group with ties to the Islamic terror network al-Qaida, claimed responsibility for this attack.

The specifically Islamic nature of the mall attack in Nairobi was very clear. Even mainstream reporters from the broadcaster CNN stated that the terrorists “took turns to pray, removing shoes to perform the ritual washing in a room stacked with boxes. They bowed down in Islamic prayer, taking a break from incessant gunfire.”[5] In video footage from the shopping mall, the gunmen are seen shooting members of the public and taking breaks for prayers in between their massacre.

An eyewitness said that the attackers had told Muslims to leave and that only non-Muslims would be targeted. Others were asked to name the mother of Mohammad or given other Islam-related questions. Numerous survivors in Nairobi described how the attackers shot people who failed to provide the correct answers. In an email exchange with The Associated Press, Shabaab made its intentions clear: “The Mujahideen [Islamic Holy Warriors] carried out a meticulous vetting process at the mall and have taken every possible precaution to separate the Muslims from the Kuffar [infidels] before carrying out their attack.”[6]

On June 12, 2016, Omar Mateen, an American citizen from an Afghan Muslim family, killed 49 people and wounded 53 others inside a Gay nightclub in Orlando, Florida. It was the deadliest terrorist attack in the USA since September 11, 2001. Omar Mateen stated an Islamic motivation for his attack and pledged allegiance to the leader of the Islamic State, Abu Bakr al-Baghdadi. 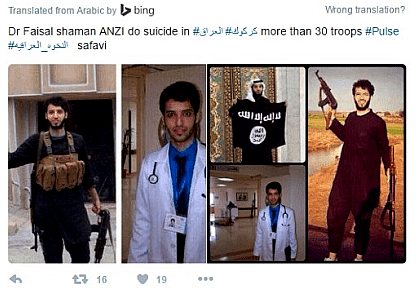 As the writer Daniel Greenfield noted, the mass shooting in Orlando happened because of Muslim privilege. Omar could have been stopped by the authorities before. However, fear of being “Islamophobic” prevented this. False claims of Muslim victimhood protect Muslim terrorists such as Omar Mateen:

“Muslims are not part of the coalition of the oppressed, but of the oppressors. The sooner we recognize that, the sooner we can deal stop Islamic terrorism and protect the victims of Muslim terrorists. Muslim privilege killed 49 people in Orlando. How many people will it kill next week or next month? How many will it kill in the next decade or the next century? The Muslim genocide of non-Muslims is already happening in Syria and Iraq. Islam has a long genocidal history. And if we continue to confuse the oppressors and the oppressed, the next genocide we fail to stop may be our own.”[7]

Muslim mass murder attacks against Westerners have already claimed many lives in recent years. They seem to escalate in frequency as the number of Muslims in the Western world keeps growing due to mass immigration.

On November 13, 2015, a series of carefully coordinated Jihad attacks were carried out by militant Muslims in the Paris region. The Islamic terrorists massacred 130 people in the bloodiest attacks in France since the Second World War. The Islamic State claimed responsibility for the mass murder. 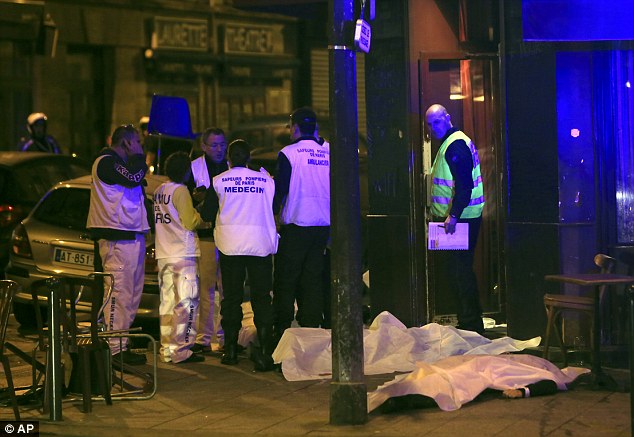 As usual, senior Western politicians immediately claimed that the Jihadist terror attacks in Paris had nothing to do with Islam. Muslim immigration continues. Meanwhile, militant Muslims are plotting ever more inventive ways to murder us and our families. American presidential candidate Hillary Clinton stated in November 2015: “Let’s be clear: Islam is not our adversary. Muslims are peaceful and tolerant people and have nothing whatsoever to do with terrorism.”[8]

The failure to protect Western citizens from Islamic Jihadist violence is one of the greatest betrayals in history. Senior political leaders such as Barack Hussein Obama, Hillary Clinton, François Hollande and Angela Merkel personify this betrayal. Eight years of President Obama has made lasting damage to the USA. 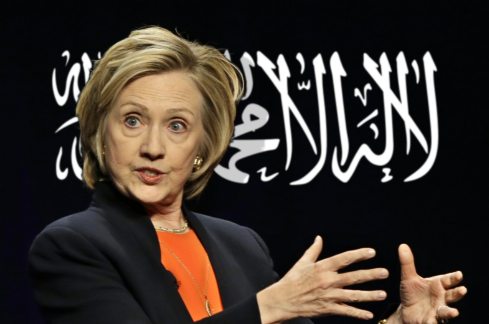 For all his flaws, the Republican presidential candidate Donald Trump at last seems to understand that Muslim immigration constitutes a serious security threat. In a previous age, Trump’s suggestion to halt Muslim immigration and strengthen national border controls would have been deemed common sense.

Sadly, we do not live in a rational age. We live in an age of madness, where common sense is being branded as extremism, and betraying your nation is hailed as a great moral achievement.