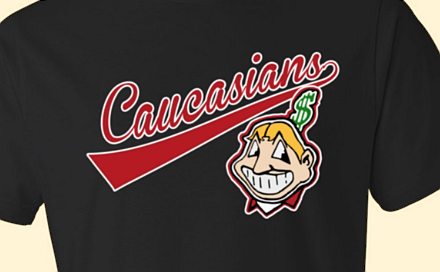 Tiny Mugwump College, located on Fisherman’s Pier in downtown San Nabisco, was shocked yesterday when a combined federal, state and local task force raided a party in one of its residence halls. Known for its ambitious motto — ab absurdum ad infinitum, its advocacy of pragmatic hysteria in dealing with climate change and its policies of racial, sexual and species occlusion, Mugwump had just welcomed its new president, Benvenuto (Bienvenue) Willkommen. Arriving on campus and asked for a comment, he said: “I’m sure they knew what they were doing. They were invited by our Student Government, you know.”

According to the White House spokesperson, I. M. Joshing, the task force was formed by Homeland Security in response to an initiative from the Department of Education — Freedom From Micro-Aggression On Campus (“We have nothing to fear but being insulted”), and in accordance with the President’s follow-up executive order, banning Cultural Appropriation of all kinds. “Ridicule is a terrible thing,” said Joshing earnestly, “as the President well knows.”

An official press release indicated that the composition of the task force mirrored that of the group of partiers being raided — African-Americans, Asian-Americans, Native Americans, Hispanic-Americans and undocumented Un-Americans. One white male TSA agent was included in the raiding party. “He was the only one we could find,” explained the task force’s director of operations. “And we are firmly committed to tokenism.”

Charges of cultural appropriation were lodged against all those present at the party, and a record of offenses was made.

Billed as “The Way The Other Ten Percent Lives”, the party was a “nostalgic look at White Privilege and its practitioners”, and included a variety of costumes and activities. All of the partygoers — regardless of gender-identification — dressed in traditionally white male clothes: Wrangler jeans or Carhartt overalls and Bean boots; three-piece pinstripe suits with black faux leather briefcases; wife-beater T-shirts with elastic band Kentucky colonel bow ties; low-riding, “plumber’s butt” work pants. Some also wore a partial mask featuring the “Neanderthal low brow” and a prognathous jaw. A number of them wore holsters with realistic paintball pistols replicating the Wild West six-gun, and now and then “drew down on” each other. (“I told them,” said one disgruntled partier who was covered with paintball splotches, “even if the chambers don’t revolve, we should still have to re-load after six shots.”) Others carried imitation AR-15s and wore imitation Kevlar vests.

Refreshments were Red Bull or Wild Turkey, or both together, and foot-long hot dogs “with everything”, set out on a table. Not far away, partiers sitting on a long couch were watching a recorded baseball game, shouting lustily and waving their beer cans every few seconds. A nearby spittoon was the location of a contest of “Hit Where You Spit”, fueled by cinnamon-flavored, nicotine-free, dribble-proof White Man chewing tobacco. Foam “brass” knuckles and rubber billy clubs were involved in a few friendly games of “beat up the foreigner” or “I am a proto-Nazi, hear me bluster!” One ostensibly male participant was heard to say to one putatively female participant, “Ah shorely do admarr yore style, little lady!” And her reply was: “Oh yew great big, manly man, yew!”

All participants were taken into custody, and the room residents of record were asked to find other accommodations, preferably out of state. All other students were assigned one-on-one to Caucasian mentors of compatible gender identification, for a week of white privilege immersion, to acquaint them with the mores and customs of that particular sub-species, and as a prelude to facilitating its integration into the broader, diverse community.

When the task force disbanded and returned to its various points of origin, the lone white male was not among them. He was still sitting on the floor in the middle of the room, unable to stop laughing.

Yes, it’s satire. The real author is not klewless, but our German translator JLH.