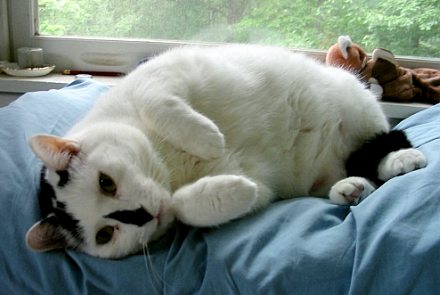 Today is the final day of our quarterly fundraiser. This week has left me exhausted but gratified, what with new first-time donors checking in from exotic locales that include Utah, British Columbia, New Hampshire, South Carolina, and Australia. Sometime tomorrow I’ll post the wrap-up.

For readers who don’t know the drill, or weren’t paying attention during the first six days of this Fundraiser Octave, this is what Dymphna and I do to keep this website alive. And it’s not just the two of us — Gates of Vienna is a collective enterprise. Most of my time is spent in editing and administration, rather than writing posts. Our site depends on the contributions of numerous people to provide a broad range of material. Our collaborators send tips, translations, articles, essays, and images. The videographers and video editors, most notably Vlad Tepes, extend our reach into the all-important video field.

And we depend on the kindness of stranger to finance the whole shebang. Every quarter we make the pitch, and every quarter you all step up with your generous responses. For that we owe all of our readers a profound debt of gratitude.

The theme of this week’s fundraiser has been “Stories”, and this morning’s tale features Moe, a large black and white cat who shared our living quarters for a number of years back in the early 2000s. Longtime readers will remember the role Moe played in “Dymphna and the Fig Tree of Doom”, when his plaintive meowing alerted me to the fact that Dymphna had fallen off a ladder while picking figs and couldn’t get up.

I posted an initial report the day it happened, and the follow-up is here. It’s hard to believe, but all of this happened almost ten years ago. So only really longtime readers — maybe Bill, HJH, and a handful of others — will remember it.

Dymphna and the future Baron had found Moe at a country crossroads when he was a half-grown stray. It was in the middle of a sleet storm, and the poor cat had a broken leg, so they brought him home. The future Baron bonded with him instantly, and named him Moe. The official name on his Social Security card was Moseley Moecat.

Moe was probably the sweetest cat we’ve ever owned. He was large and not very bright, but he was tractable, affectionate, and easygoing. He was prone to sudden bursts of funny antics and silliness, playing with shadows (or hallucinations) that no one else could see.

After he was neutered he developed an endocrine disorder, as so many male cats do after being fixed. He just kept getting bigger and bigger, despite Dymphna’s efforts to provide him with special food. With his black spots and huge girth, more than one person said he looked like a Gateway box. And that clove-shaped mark on his nose made him look especially goofy. But lovable — he was a lovable cat.

The following story took place more than a year before Dymphna’s fateful altercation with the fig tree, just after our annual summer party in June 2004. The crowd of visitors had driven Moe into hiding over the weekend, as was usually the case. But this time he didn’t return after all the alarming strangers had departed.

After four days had gone by, the future Baron and I went out looking for Moe. We checked his usual haunts — the collapsed chicken house at the edge of the woods was one of his favorite hiding places, but he wasn’t there. So we walked further into the woods.

Fifty yards or so in there was an abandoned well. It was hand-dug, about four feet across and maybe thirty feet deep. It was on the next-door property, not on ours, so I couldn’t fill it up, even if I had had earth-moving equipment. No one lived on the property, and the owner was far away, in another state. When the fB was little, his brothers and I had hauled a lot of junk wood out there and covered the mouth of the well thoroughly so that no one could fall in.

But we didn’t reckon on Moe.

As the future Baron and I approached the old well we could hear a faint mewing. Both of us felt an awful sense of foreboding — we knew where Moe must be. At first we hoped he had only got himself entangled in the debris at the top of the shaft, as opposed to falling all the way in. But as we called to him, and he responded, it became clear that he was all the way down at the bottom of the well. He had found a little gap in the pile of wood, and, thinking it would make a good hiding place, wriggled his way into the void. Now he was thirty feet down, meowing at us. Fortunately for him, that old well was usually dry in the summer.

By that time it was getting dark. “Dad, what are we going to do?” asked the fB in alarm. “He’s going to die down there!”

The fire department in our remote rural area is an all-volunteer affair, with two big trucks and one smaller antique model. As it happened, one of the leaders of the VFD was Wayne, the same man whose son had been killed in a car wreck, and for whom I had helped design the gravestone (see Thursday’s fundraising post). I phoned him and explained our predicament. He immediately called two other firemen, and they brought the antique fire truck to our house, because it was the only one small enough to fit down our driveway.

I took them back in the woods and showed them the problem. They hauled a battery-powered floodlight and a lot of equipment to the scene on foot.

The first task was tricky: we had to pull the pieces of wood off the top of the well. No matter how carefully we removed them, fragments fell down the shaft — we could hear them clattering downwards, and then there was a dreadful muffled WHOOMP when each one hit bottom. At first Moe kept mewing, but then we didn’t hear him anymore.

Finally the mouth of the well was clear. The firemen shone the light down the shaft, but there was no sign of Moe at the bottom.

We discussed what could be done. With them they had a harness designed to lower people from burning buildings, and a length of extra-strong rope necessary to hold them. But someone had to go down the well. And all three of those guys were really big, whereas I was a weedy little geek (and still am).

Since I was the smallest one on the scene, it seemed obvious that there was only one possible course of action. I said I would go down the well, and asked them to explain what I had to do. They fitted the harness on me, attached the cord, and showed me how everything worked. Then they ran the cord around two nearby trees and anchored it to a third, leaving thirty feet of slack to work with. I sat at the lip of the well while the two biggest guys pulled on the cord until it tightened behind me. Then they gave me a big flashlight and started to lower me slowly down.

That was probably the longest two minutes of my life. As I descended, pushing with my feet at the sides of the well to keep from scraping, I watched the circle of light above me get smaller and smaller. By the time I felt my feet touch bottom, it seemed to be about the size of a quarter, and impossibly far above.

I shone the light on the floor. I could see leaves, loam, and pieces of rotted wood, but no Moe.

I knew with awful certainty that I would find his dead body down there under the debris. But I had to bring him up so that the future Baron and I could give him a decent burial in the backyard with the other departed kitties.

I felt around the dirt and leaves, patting gently here and there. Was that something soft? Yes… and it was moving! Brushing away the loam and pieces of wood, I reached down and put my hands around the familiar heft of Moe. But he wasn’t as hefty as usual — he’d been down there for four days without food or water. Nevertheless, he looked intact, and he meowed at me plaintively as I brushed him off.

The firemen had lowered a second cord with a basket attached, which could be used to pull Moe up. In it I had arranged a plastic bag so that he could be confined and then bound in place for the ride up the shaft — better than having him claw me to pieces while I rode up holding him. I arranged him in the basket, secured the rope, and yelled up to Wayne to haul him up.

I watched Moe’s basket ascend the shaft, silhouetted against the bright light. When he got to the top, I saw two hands reach over and pull him to safety.

Now it was my turn to make the ascent. My going up was not as easy for them as the trip down — they had to work extra hard pulling on the rope, and they wore a deep groove in the bark of the pine tree nearest the shaft.

I carried Moe, still in the plastic bag and meowing, back to the house where Dymphna and the fB were waiting. They untied the rope and pulled off the tape, and out sprang Moe, filthy and emaciated. The future Baron picked him up and hugged him, heedless of the dirt.

We checked him over, and he seemed to be unharmed. He had one small scratch next to his nose, but otherwise bore no discernible injuries. After he’d had a long drink, a big meal — for once allowed to eat as much as he wanted — and a good night’s sleep, he was basically back to normal. I don’t know how many of his nine lives he used up down in that well, but he came out of it just fine.

It’s hard to explain the emotional penumbra surrounding the rescue of Moe. After the dread and horror of finding him at the bottom of the well, there was the joy of seeing him intact and happy when he returned home.

But there was a lot more to it than that. In archetypal terms, I had descended to the underworld on a quest, to bring back a beloved companion from the land of the dead. In the deep strata below the level of consciousness, all the mythical elements were roiling together — Orpheus, Osiris, Tammuz, Adonis, and Odysseus were down there with me. We journeyed into the Pit, and then returned to the world of light.

Another analogue, of course, is the Harrowing of Hell…

Anyway, Moe came back. It seemed impossible, but there he was, happy in the future Baron’s arms. In a day or two he was his old self, and we were all glad to see him.

The fB and I went out into the woods a few days afterwards, making several trips carrying better wood — large sheets of pressure-treated plywood — to cover the well again. A couple of years later the property next door changed hands. I talked to the new owner about the well, and he used his front-end loader to fill it in.

Moe’s well is no more.

The generosity of our Day Six donors flowed in from:

Far Abroad: Australia, the Netherlands, and the UK