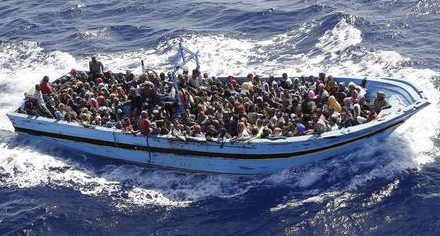 Update: This post was sticky for a while in hopes that more European readers would notice and add statistics from their countries to the comments. Newer posts are further down.

The reporter at a major American website is looking for information on the immigration crisis in Europe, including updated numbers on how many Muslims are currently migrating to Europe. It’s a big project. He is astonished by what he is learning about Muslim immigration, and wants to learn more.

I told him that accurate immigration figures are difficult to come by in Europe, especially when the numbers involve Muslims. The advanced state of cultural enrichment in most Western European countries is something that the Powers That Be prefer to obfuscate, so they often hide (or forbid the collection of) statistics on race, religion, and ethnicity.

The Schengen Agreement is a complicating factor. The free movement of peoples within the Schengen area guarantees that the changing demographics of any given country are hard to track. Newly-arrived migrants in, say, Italy would much prefer to be in Britain, Sweden, or Germany, because those countries offer the most generous welfare benefits and are the least likely to require enrichers to do any actual work. So the “asylum seekers” do their best to relocate as soon as their feet are dry and their life vests discarded.

To make matters worse, large numbers of illegals are constantly arriving in Europe. Tracking their numbers with any degree of accuracy is all but impossible.

Therefore, I’d like to crowd-source this project. European readers are invited to supply the latest estimates of the number of annual immigrants to their countries, along with the estimated proportion of those that are Muslims. Please supply references for where you obtained your statistics, if possible.

I’ll collate the results, and then send them to the writer who requested them. If we’re fortunate, there will enough figures so that the “wisdom of crowds” will kick in, and we’ll get a reasonably accurate picture of what’s going on.

I know that more than a hundred thousand migrants are said to have landed on Italian territory since this time last year. Other than that, I don’t have much data.