A gay- and woman-friendly mosque that opened recently in South Africa was quickly forced to close, ostensibly because it violated local zoning regulations.

As Vlad Tepes points out, Muslim activists were able to pressure the city into closing this blasphemous mosque, but they never do the same to any mosque that incites violent jihad.

Many thanks to Vlad for adding commentary to this BBC report:

Concerning the self-described “open-minded” Muslim who speaks briefly in the middle of the above video, take a look at this close-up screen shot: 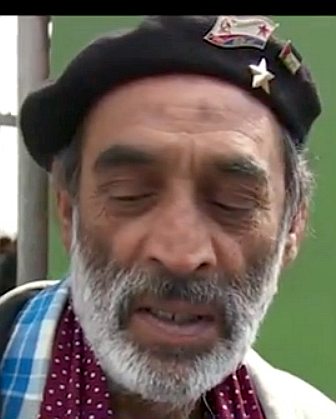 The man is obviously an apostate who converted to Communism. “Open-minded”, indeed!

I did my best to identify the hammer-and-sickle flag he has pinned to his beret, but I couldn’t find it online. It’s not the SACP flag. Does anyone know what it is? Experts on Communist iconography may want to weigh in.