Enza Ferreri’s latest report from LibertyGB concerns the manifest incompetence of immigrant doctors in the UK, and the resulting loss of public confidence in the National Health Service. 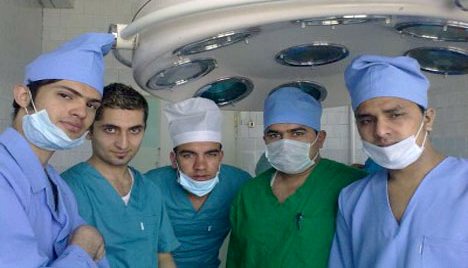 Non-EU Doctors Can Be a Risk for Patient Safety, Research Says

The recent news that doctors trained outside the EU perform remarkably worse than others on key exams and performance reviews has created fears and lack of trust in doctors.

Non-EU-trained doctors make up a quarter of the NHS medical workforce. We’ve repeatedly — in fact, whenever there is a debate on immigration — been told how immigration has been the saviour of the NHS, which couldn’t be run without foreign doctors. And now scientific studies show that these same doctors, in a high percentage of cases, represent a risk for patients’ safety.

According to the new research, more than 80 per cent of NHS doctors trained abroad do worse than the average British doctor in exams to join the professional bodies for GPs and hospital doctors, and half of them would fail the tests passed by British doctors.

More than 88,000 foreign-trained doctors are registered to work in Britain, including 22,758 from Europe. They account for approximately two thirds of those struck off each year. The country with the largest number of doctors removed or suspended from the medical register is India, followed by Nigeria and Egypt.

“We have no idea about the medical schools they come from and inevitably they’re going to be very varied,” said Professor Chris MacManus, who led the UCL study. He also commented: “There is no real mechanism for checking that doctors coming from outside Britain have been trained to the same level as British doctors.”

The UCL’s findings have been made public now — despite the fact that the GMC working party was due to report later this year — in order to defend an allegation that the GMC was racist in marking the exams of foreign doctors.

The British Association of Physicians of Indian Origin launched a judicial review claiming the GMC failed too many foreign doctors in GP tests. But a High Court judge ruled against it this month after seeing the UCL’s report.

Prof McManus said: “We’ve been through the figures with a fine-toothed comb and there is simply nothing to show that examiners are being racist.”

It’s the same old story: fears of accusations of racism — along with problems of staffing an overstretched NHS — trump everything, including the safety of patients. Will something be done now, after the GMC-commissioned research showed more wide-ranging inadequacies than expected? The language skills have also been questioned.

Various medical authorities are now claiming that the pass mark that enables foreign-trained doctors to work in Britain should be raised “in the interests of patient safety”.

Isn’t it interesting that this is what the Liberty GB party, contesting the 22 May European Elections in the South East, was already writing in early 2013 in its manifesto? One of its policies is:

“Rigorously test foreign doctors before licensing them to practice in the UK. Foreign trained doctors are statistically more liable to malpractice and incompetence.”

17 thoughts on “Non-EU Doctors Can Be a Risk for Patient Safety, Research Says”