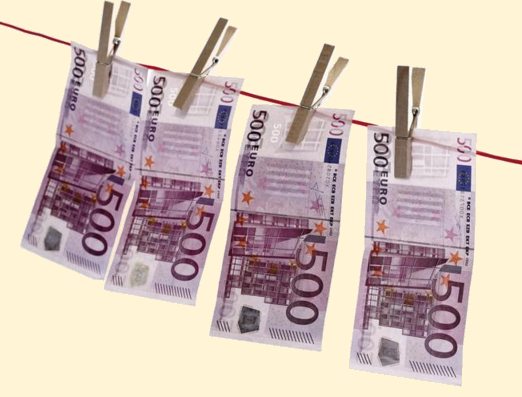 The following report illustrates the Law of Unintended Consequences as it applies to the sanctions against Russia. Or maybe these consequences aren’t really all that unintended — who knows?

After all the conspiracy theories that have turned into verified facts over the last three years, I’m not ruling anything out.

Many thanks to Hellequin GB for translating this article from the news portal Pleiteticker.de:

Dangerous domino effect: In the case of laundry bankruptcies, hospitals have to close within days

Average cost increases of 166%: This is reported by the German Textile Cleaning Association (DTV). The industry has been hit hard by energy prices — and that’s just the tip of the iceberg. Because when laundries close, many other professions find themselves in a difficult situation. This includes hospitals, whose supply of hygienically washed clothing depends on dry cleaning.

More than a million people: According to their own statements, this is how many professionals from different areas rely on German laundries. Among them are many “systemically relevant” groups, such as the police, the fire brigade or civil protection. But hospitals were also part of it, reports DTV general manager Andreas Schumacher of the WAZ [Westdeutsche Allgemeine Zeitung]. The laundry owner Heidrun Kringe from Bochum tells the newspaper that her business is only worthwhile because of her pension from another job. “If that were not the case, I would have to increase the costs so much that I would no longer have any customers,” reports the 79-year-old.

“We’re talking about hospitals and nursing homes having to close within a few days if the laundries are forced to give up,” said Schumacher. Therefore, the cost increases for the business could be a societally relevant problem. The more of the fewer than 5,000 dry cleaning companies in Germany are in danger, the more risky the situation in the hospitals becomes. According to their own information, laundries and dry cleaners spend 9% to 14% of their turnover on electricity and gas. They accounted for 9% of the energy costs in the trades — number one among the trade sectors. It is to be hoped that the industry can continue to bear the costs, because everyone has to wash their dirty laundry somewhere.

Welcome to the ship of fools “Utopia Germania” — Scylla and Charybdis are waiting. A utopia that is a possible future — but mostly fictitious — way of life or social order designed by ideological retards, which is not tied to contemporary historical-cultural conditions and is a guarantee of utter failure and misery for those who are not part of the “Elite”. And in the next election, please go back and vote for the Greens and the other old political parties, since they’re doing so well for your wellbeing /irony off.

“He who refuses to learn deserves extinction.” — Hillel, the Elder (over 2,000 years ago)

3 thoughts on “The Dirty Laundry of the Great Reset”