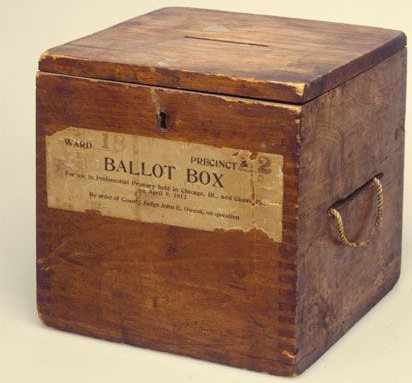 This seems to be the season for election high jinks. The most notorious example, of course, is the recent midterm elections in the USA. And then there was the presidential election in Brazil. And now a local legislative election in Berlin has been annulled, and will have to be repeated.

Election of the Berlin House of Representatives will be repeated completely

The Constitutional Court in Germany has ordered the election to the Berlin House of Representatives to be repeated in its entirety. According to the dpa news agency, the judges decided that last year’s vote, which had led to various mishaps, was “invalid”. It is the first time in the history of the Federal Republic that voting for a state parliament has had to be repeated.

In September of last year, not only the Bundestag but also the House of Representatives were re-elected in the capital. A great deal of chaos ensued. The allegations ranged from long queues, through polling stations that opened too late, to incorrect or even missing ballot papers.

Berlin election is expected to be repeated in February

According to court president Ludgera Selting, the glitches were relevant to the mandate, so they had an impact on the distribution of seats in the state parliament. The vote for the House of Representatives must now be repeated within 90 days. The expected date is February 12, 2023.

The Bundestag recently decided to repeat the federal elections in 327 Berlin voting districts. The deputies followed a recommendation of the Election Review Committee. The traffic light* parties rejected a new election in the entire city. [for very obvious reasons I should imagine.]

According to a survey by the opinion research institute INSA on behalf of the Bild newspaper, the CDU can hope to become the strongest force in Berlin. If a new state parliament were elected next Sunday, the Union would get 21%. Greens and SPD each reach 20%. [You cannot help these gluttons for more punishment any longer, now, can you?] Die Linke (the left) could count on 12% and the AfD 10%. The FDP would also be represented again in Parliament with 7%.

“Elections” have become the modern day version of the medieval parable of Pied Piper, although one most people don’t want to hear or learn about. They’d rather follow the tune.

In my humble opinion, nothing will change, anyway, otherwise it wouldn’t be repeated. Either the voters are nothing more than a bunch of indoctrinated/vaccinated monkeys, or the elections are rigged. Take your pick; both will most likely be true.

2 thoughts on “Do-Over in Berlin”