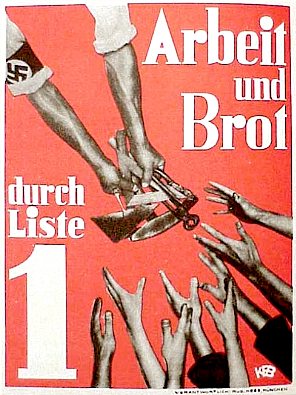 The situation in Germany, and elsewhere in the West, has come to resemble more and more the scenario in “The Marching Morons”, a novella written in the early 1950s by C.M. Kornbluth. The increasing use of advanced technology has reduced the employment opportunities for low-skilled, less intelligent workers, whose numbers are increasing. In a high-tech society this creates a pool not just of the unemployed, but of essentially unemployable people. As pointed out by the translator of the following article, a large (but not precisely known) number of work-averse culture-enrichers may be added to the pool of citizens who subsist on what has become for all practical purposes a Universal Basic Income.

In the following report, Friedrich Merz, the leader of the CDU (the party of former Chancellor Angela Merkel), criticizes the state subsidy of hundreds of thousands of people who do not work, but are perhaps capable of doing “simple jobs”. He isn’t specific about what sort of work these not-so-bright people could do — perhaps polishing the shoes and the limousines of state functionaries such as himself.

The CDU chairman Friedrich Merz accuses the traffic light coalition of depriving the long-term unemployed of the incentive to look for a job. “With such a high demand for workers, this is completely the wrong way,” Merz told the newspapers of the Funke media group. “It is only funded, but no longer required,” he added with regard to the planned new citizens’ income.

Criticism of the FDP and the ECB [European Central Bank]

The CDU chairman in particular criticized the role of the FDP in the coalition. “I am stunned by the nonchalance with which large parts of the federal government, especially the SPD, submit a new proposal for new transfer payments almost every week,” said Merz.

“And I’m surprised that the FDP is taking part in this gradual entry into the unconditional basic income.” The FDP was once a guarantor for market-economically sensible policies, including on the labor market. “But they obviously said goodbye to that.”

In connection with the high rate of inflation, Merz also criticized the role of the European Central Bank (ECB). “One of the reasons for the high inflation rate is the late reaction of the European Central Bank,” said the CDU politician. “They didn’t raise interest rates out of too much consideration for the high debts of some countries in southern Europe. Unfortunately, the southern European countries did not use the time that the ECB gave them with this very risky monetary policy.”

Before something is trumpeted out into the world, one should at least stick to the truth and reality. It is well-known that Mr. Merz does not take it as seriously as his political comrades. Unfortunately, in Germany there are more than the 2.4 million unemployed mentioned by Merz. You have to be a speculator to get a rough idea of the exact figure, because the government has fudged the official statistics on the number of unemployed or made them so confusing that hardly anyone can look behind them. It’s safe to assume five million or a few more, and counting. Many are excluded from the statistics.

There are a lot of immigrants who are unemployed and unwilling, who cannot be placed because they have no ambition to learn the German language or to bend their backs for the German state and its society. They do not have to reckon with sanctions, as none are imposed on them. It could indeed be racist to sanction an “immigrant” who does not speak German and does not want to learn the language, or come to that, WORK for a living. There are still enough Germans and plenty of pensioners left to be worked to death for a pittance, after all.

7 thoughts on “Nice Non-Work If You Can Get It”