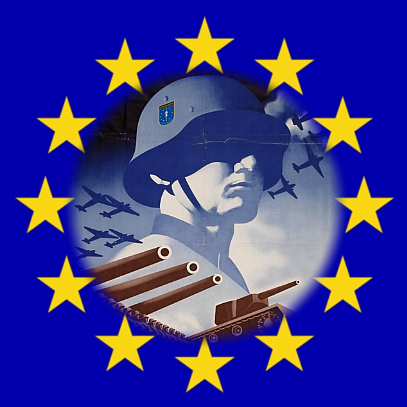 It seems that the German army — the Bundeswehr — will be assisting the civilian police beginning in October. Ominous…

Many thanks to Hellequin GB for translating this article from WIM Zeitung:

The police will be supported by the Bundeswehr from October 1, 2022. This cannot be read otherwise from the description published by the Bundeswehr: “Soldiers and civilian employees” should “collaborate on a civil-military basis”. A special command, it is announced, is “directly subordinate to the Federal Ministry of Defense and not part of an organizational area”. It is advertised as so-called “Homeland Security”. The internal deployment of the Bundeswehr was initially justified by the Infection Protection Act. Now a war outside of the EU and outside of the official NATO allies is supposed to serve as justification. By some definitions, Germany is already at war with Russia by supplying weapons of war to Ukraine.

In June , the Bundeswehr reported an exercise by German soldiers to civilian colleagues in a police station in Donaueschingen, illustrated with the photo shown here: “After the commander issued the order, the soldiers on both sides of the street move towards the police station.” However, it was said that they were only training for a foreign assignment in Mali.

Incidentally, Martial Law or the “Emergency” currently prevails in Bavaria with changing justifications. In an earlier article I quoted a message from the Ministry of the Interior in Bavaria. There is a translation of the linguistic formula of civil-military cooperation: “Civil-military cooperation is understood to mean the interaction of civilian and military forces in all conceivable areas. It is also firmly anchored in civil protection and the basis for the fact that the Bundeswehr is an important component in the Bavarian assistance system.”

To me this looks more and more like a complete and hostile takeover of the German state by the Globalist German Government. And most likely 99.999999% of the German population is not even armed with a pellet gun to defend themselves with. Also, I become more and more ashamed that I wore that uniform at some stage in my life, not that I had much of a choice in the matter; after all, I was drafted.

48 thoughts on “A Merger of the Bundeswehr With the Police?”