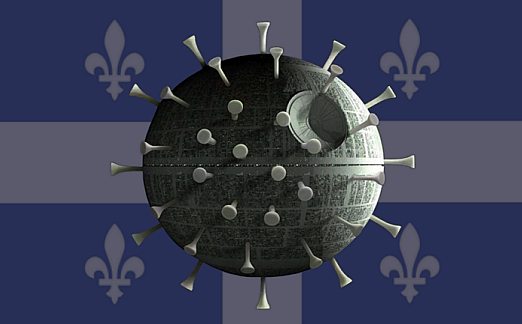 Quebec has one of the strictest lockdowns in the world, possibly as bad as the one in the UK. It includes a curfew from 8pm to 5am.

The context of the following video from Montreal is not entirely clear. The action takes place at night, but I don’t know whether it was after 8pm or not. As far as I can tell, a man was out with his son to walk the dog, and was stopped by police. The officers gave him some police-type grief, knocked the phone out of his hand, and ordered him to go home or be arrested. Evidently he was violating either the curfew or some other provision of the COVID-19 lockdown regulations.

Many thanks to Oz-Rita for the translation, and to Vlad Tepes and RAIR Foundation for the subtitling: