We are currently in the midst of the most insane political season that I can remember. It’s not just the USA, but the impeachment circus is the Greatest Show on Earth at this point, so that’s what JLH has spotlighted in his latest pastiche. 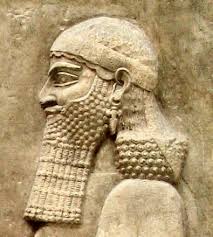 by JLH, with apologies to the shade of Lord Byron

The Democrats came down like lemmings in heat,
And the might of their anger would brook no retreat;
And the glare of their fury was like fire in the brush,
And the heat of their hate turned their minds into mush.

Like ants in an anthill when summer is warm,
Like termites mindlessly forming a swarm;
Like hyenas circling what they think is half dead.
They carelessly created their own end instead.

For the Spirit of Truth and the obvious facts
Blew through the lies and inventions so fast,
That the troika of traitors who’d chosen this task
Stood forth in the klieg lights, unaware and unmasked.

The Fatman, the Pipe Cleaner, Cruella Deville,
Who wished no one good and everyone ill,
Intoned and squeaked and flew ‘round on a broom,
Mindlessly causing their own allies’ doom.

And the iceberg of treason to sink the ship of state
Passed through Hurricane Donald to a well-deserved fate.
Its melting portends a political tsunami
To wash away the corrupt, the banal and the commie.