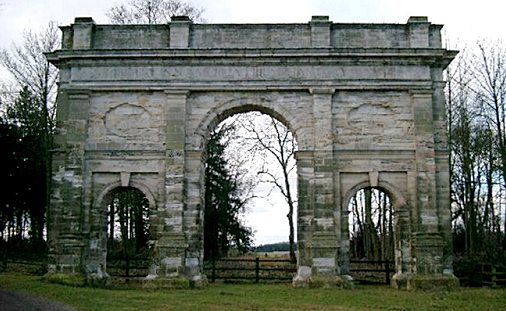 The breakaway colonists of New England, Virginia, Pennsylvania and other colonies were, as Pat Condell rightly points out, not Americans, but Englishmen standing up for their English rights. They defended those “ancient liberties” with their lives, winning the War of Independence and establishing their own new nation with its famous Constitution.

What is less well-known is that they had their admirers in England. One of these, Sir Thomas Gascoigne, at Parlington, near Leeds in Yorkshire, erected a commemorative arch with the inscription:

Liberty is not free, nor is it self-upholding. It is hard-won by a struggle, and kept in place by vigilance and effort. It needs men and women of principle and action to sustain it.

“The only thing necessary for evil to triumph is for good men to do nothing.” — Edmund Burke