The following essay by Michael Copeland was originally published at LibertyGB in 2013.

Self Defence: Where Do You Stand?

Your heart sinks as you quickly think what cash and valuables you have with you, and the first victim begins to produce his ready wealth. Suddenly a shot rings out, then another. One of the customers, a retired ex-serviceman, has a pistol: coolly and calmly he has dropped down on one knee and is shooting at the robbers. Shocked, wounded, and in total disarray, they flee empty-handed, crashing through the door and slipping to the ground in their haste. The shooter sends further shots after them. This is no video game. It is all over quite quickly. Shaken, you try to pull yourself together and assure yourself that you are unharmed.

“Ooh, it was just like a Hollywood movie!” is frequently the first reaction of an eyewitness. We are all so used to seeing things on screen that for many people this is the standard by which experiences are measured. Films, though, are make-believe, and we are comfortable enjoying their fictional world. Videos and broadcasts can be switched off: we are still in command. When an armed robbery happens before your eyes and you are one of its intended victims you cannot switch off: it is not a fiction, and you are not in control. You have to rely on your own inner resources.

This incident was, indeed, no video game: it happened in an Internet cafe in America, and was captured on CCTV. Though the open carrying of a gun is only permitted in certain states, American law provides for “Concealed Carry Permits” (CCPs). The law entirely backs up that particular citizen’s self-defence: he committed no crime. A serious robbery was defeated. The robbers in that incident were later traced and apprehended.

Here is a proven observation: the individual’s self-defence is also the defence of the law-abiding community. Zones where Concealed Carry Permits are in use have a lower crime rate: criminals know they might well encounter armed defence. As Ann Coulter explains, this is borne out by “all the actual evidence, mountains of it, in peer-reviewed studies by highly respected economists and criminologists and endlessly retested”.

Here is a second observation: criminals, by definition, do not observe gun control laws or restrictions. However careful and strict the laws may be, criminals will obtain firearms. An inescapable consequence of gun control laws, therefore, is to render the law-abiding population defenceless. 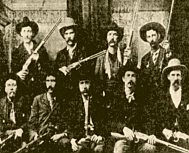 Here is a third observation: imposing gun control laws does not reduce gun crime. In Britain, after handguns were made illegal following the Dunblane shooting, the incidence of gun crime increased.

Now for some honest self-examination. Setting aside pipe-dreams and wishful preferences for a moment, be completely realistic. Where do you stand? Which café would you rather be in: one with a responsible CCP citizen, or one without? Which one would you prefer your daughter to be in?

I prefer the defended one. That does not make me a dangerous gun maniac. I am on the side of the law.

15 thoughts on “Self Defence: Where Do You Stand?”