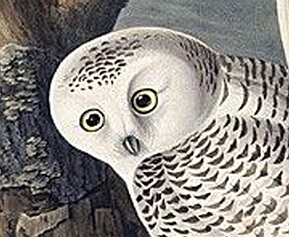 Well, I went almost four years without having to get a needle in my eye. That’s a pretty good run.

As most of you know, five years ago I developed a case of wet macular degeneration in my left eye. For more than a year after that I had to undergo the treatments for it, which consisted of periodic injections in my eyeball. That regimen worked very well, so that the condition improved and eventually stabilized.

But I always knew it was likely to flare up again someday, and last week it did. I noticed the telltale signs — expanding concentric areas of discoloration that resemble a visual afterimage — in the scar left by the earlier damage. So on Friday I made an appointment for this afternoon to see the retinologist.

The good news is that I caught it early, and in all likelihood I’ll only have to endure a few repetitions of the injections before it stabilizes again. I go back in a month to get another scan and a shot, and the doctor will see how things look then.

The bad news is that my vision is still pretty messed up from the dilation, the scanner with the horribly bright flashing lights, and the shot. I’m having a hard time seeing the screen clearly, so posting will be light this evening.

I’ll probably post at least one subtitled video before bedtime. And I heard about the vehicular jihad in Toronto, which happened just before I left for the doctor.

12 thoughts on “The Eyes of the World”