There is a new blog on the block, set up by an experienced counterjihadist, Leo Hohmann. 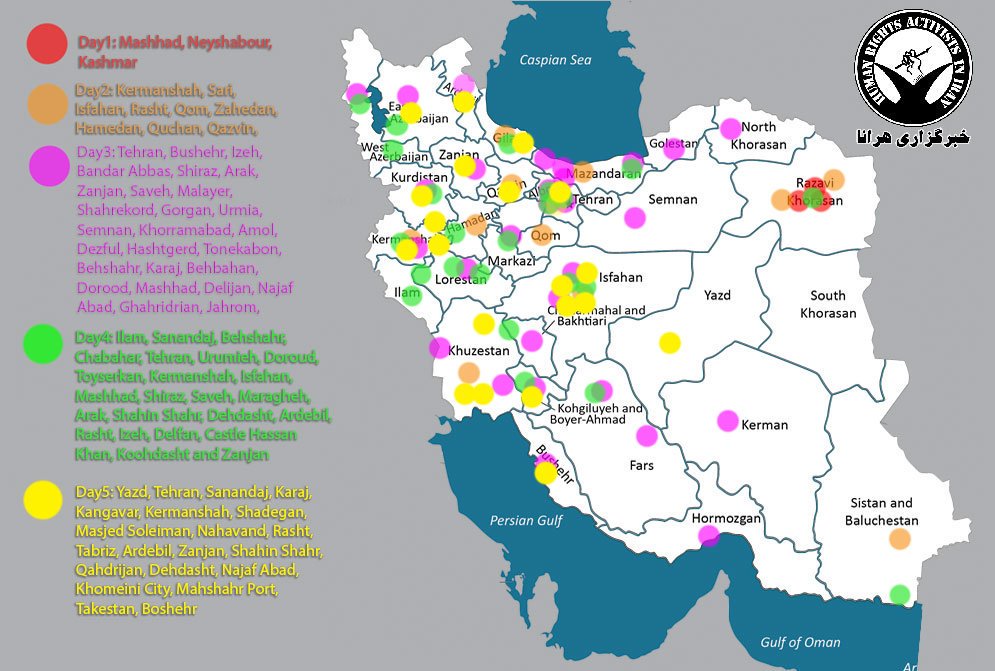 [The map comes from an Iranian, via Dr. Andy Bostom on Twitter. I’ve been looking for this map ever since I began reading how “widespread” the protests were. As you can see, they didn’t exaggerate.]

Pictures and videos coming out of Iran are starting to look more like a full-on revolution than a protest movement, but American news agencies continue to lie to their readers and viewers, describing the historic protests as mostly about the country’s weak economy and chastising President Trump for cheering them on.

That’s woefully under-reporting the depth of what is really going on in Iran.

The Associated Press’s description of the protests as “over economic issues” seems to lack any justification for Iranians taking to the streets en masse and chanting “death to the dictator,” while burning in effigy the image of Supreme Islamic leader Ayatollah Khamenei.

CNN called the protests a “seemingly unorganized, leaderless wave of demonstrations against high prices, corruption and repressive government.” No mention of the fact that Iran is an Islamic state, a theocracy where converting to a religion other than Islam is a crime against the state.

There is much more going on than what is being portrayed in these left-leaning news sites.

Twitter and other social media are alight with videos coming out of the Islamic Republic of Iran that show people rallying around the idea of freedom and democracy.

Here is one brief glimpse of “freedom” — though I’ve read since that she was subsequently jailed for waving her headscarf and letting her hair blow free:

It’s difficult to know what will happen, but given the level of previous repression, having once escaped, this genie may prove difficult to put back into the bottle. Spontaneous demonstrations tend to have a life of their own.

No doubt some Europeans are looking with envy on this violent, determined energy in the face of government tyranny.

Read the rest of Leo’s post at the URL, above. He has some insight from Michael Ledeen, and statistics on the youth demographic in Iran. In addition, he has a lot to say about the growth of Christianity in Iran – proving my contention that the gospel flourishes most where it is most persecuted. It was never meant to be a faith for the comfortable.