The following article by Egri Nök was posted earlier at Vlad Tepes in a slightly different form. 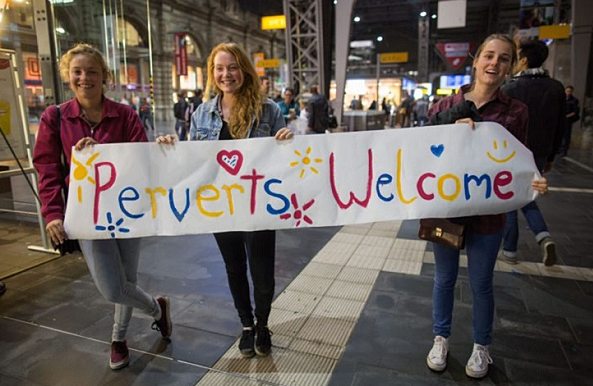 An original translation from Augsburger Allgemeine:

Three pupils and a student were harassed by exhibitionists on Augsburg public transport. Police are looking for the perpetrators.

There have been three incidents of exhibitionism in Augsburg public transport. Three pupils (10 and 11 years old) and a 26-year-old student were harassed by unknown men on the street tram and the bus. It is unclear whether the cases are related or whether it is a serial perpetrator, according to police.

On Wednesday, around 9 PM, a 26-year-old student was harassed in bus line 26. A man exposed his member to the student, and then departed the bus with her at the stop Bärenwirt. He, too, was dark-skinned, about [5’6″] and in his late 20s. He wore a pair of grey trainers, a hoodie, and had black, short hair.

In all three cases, police Augsburg are asking for relevant information at the phone number 0821/323-3810.

11 thoughts on “Soldiers of Onan Terrorize Public Transportation in Augsburg”