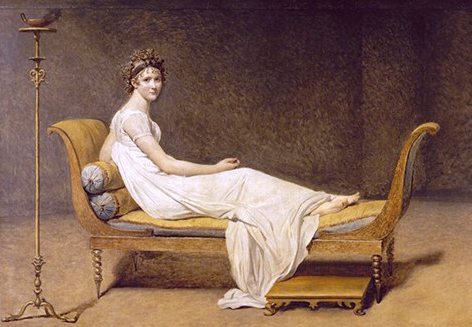 I don’t normally wade into the Culture Wars, and especially not the sort of rank sewage that currently overflows from every media outlet about the scandals surrounding Harvey Weinstein. However, there is an aspect to the whole putrid business that has been neglected by most media writers, and I mean to rectify that.

For readers who have been isolated at a remote Antarctic base for the past few months and may have missed the story, this New York Times article provides a representative sample of the type and tone of “journalism” surrounding the sordid actions of Mr. Weinstein and his courtesans.

And I use the word “courtesans” advisedly. The numerous young women whom Harvey Weinstein allegedly bedded are generally painted as unfortunate and unwilling victims of a sexual predator, but this is hardly the case. These women were over the age of consent. They were not mentally incapacitated. The man they decided to sleep with was not their a professor in their college course, nor a priest in their parish church, nor a judge before whom they appeared in court. They were free agents, and he was a man who was in a position to provide something that they earnestly desired.

Mr. Weinstein was a powerful gatekeeper, and was willing to open that gate to certain comely young women who wanted in. But there was an entrance fee. He made it clear to them what the price was, and they decided they were willing to pay it. No rape or coercion was involved; it was a commercial transaction.

A woman who provides sexual services for a fee is known as a prostitute. Or a harlot. The most polite word is courtesan, which is what such women used to be called when they gratified the urges of dukes, princes, kings, and emperors. Harvey Weinstein wielded as much financial clout as a minor Eastern satrap, so we may as well assign his ladies the fancy role of “courtesan” instead of calling them whores.

But whores they were. They weren’t forced into the loathsome creature’s bed. They climbed in of their own free will. They could have said, “No, thanks. I don’t want it that much,” and gone back to bussing tables, or doing data entry, or whatever it was they were doing before they made the pilgrimage to Hollywood.

But they didn’t. They wanted to be movie stars really, really badly. And this disgusting old man was capable of granting their wishes, at a price. They paid that price. He got what he wanted, and they got what they wanted.

It was a business transaction.

As far as moral character is concerned — and this is the hard part — Harvey Weinstein and his “victims” were roughly at parity with one another. He had immense power, and his courtesans had very little, which is why he seems so much more vile. But, really, they were approximately equal in moral standing. He could have refrained from demanding access to their intimate charms. And they could have turned him down, and gone back home.

But neither of them took the moral high road. So one of them was a john, and the other was a whore.

Heterosexual men who lack moral and ethical fiber and wield enormous power tend to do exactly what Harvey Weinstein did. They take advantage of women who are in powerless, subordinate positions, and have their way with them. And, since men who lack moral and ethical fiber also tend to gravitate towards nodes of power and then fight their way to the center of them, ruthless sexual predators may well be the norm among powerful men.

Women are neither more nor less moral, on average, than men, so we may assume that they also abuse their positions of power in equal proportions when they achieve them. However, a woman’s proclivities are different from a man’s, so sexual predation is unlikely to be the major expression of corrupt female power. Since I’m not a woman, I don’t understand the most basic female urges very well; perhaps some of our female readers can weigh in on the means by which corrupt women tend to abuse their positions of power.

One final note: The abuse of minors by Hollywood power brokers is a completely different matter. A 13-year-old girl or boy cannot legally consent to sex with an adult. Roman Polanski’s crime was categorically different from the antics of Harvey Weinstein.

Concerning a man who rapes children: it would better for him that a millstone were hanged about his neck, and he were cast into the sea.

101 thoughts on “Courtesans on the Casting Couch”