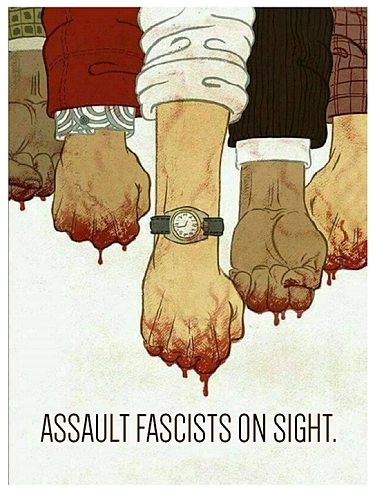 Austin, Texas has been a bastion of progressivism for a long time. It’s kind of like Berkeley or Ann Arbor, only with Tex-Mex thrown in.

But there’s a group down there called Red Guards Austin that goes way beyond the usual social justice boilerplate. They’re no snowflakes; they’re preparing for armed revolution. And they’re fans not only of Lenin and Chairman Mao, but also Iosif Vissarionovich Dzhugashvili, a.k.a. Joseph Stalin. These people are hardcore.

This little snip sums up the political philosophy of Red Guards Austin:

There is nothing less desirable to and more hated by the state and powers-that-be than a Maoist Communist Party because unlike other so-called parties it exists for one reason — the violent overthrow of the existing order. This means armed struggle, the establishment of the dictatorship of the proletariat, and the continuation of revolution in the period of socialism. This type of party is iron clad and our party building organizations must also be iron clad. We must continue to build, to unite with all who can be united with, and expose the opportunists and barge rats for the Trots they are. We stand for the establishment of anti-fascist self-defense units which must be armed when and where possible. We stand for the building of the party and its construction of a people’s army and a united front between all those oppressed and exploited by the capitalist-imperialist system, by all those who hate fascism and love liberation. If this has earned us the enmity of the increasingly fascist state we must accept our role as rebels and proceed accordingly.

Check out the iconography on their website to get a feeling for the milieu. Comrades dressed in black or red outfits with faces fully masked, hammers-and-sickles on prominent display, with an occasional keffiyeh thrown in to show solidarity with their Palestinian brothers.

These are the supercharged Antifas we were speculating about here last week. And remember: the “fascists” they want to assault include me, Dymphna, Vlad, anyone who writes or translates for Gates of Vienna, and almost everyone who reads it.

One final note: the bloody fists on the poster at the top of this post are meticulously diverse, with skin shades ranging from beige through amber to brown and dark brown. However, they left out any non-male fists — a clear failure of inclusiveness!

69 thoughts on “Those Who Hate Fascism and Love Liberation”