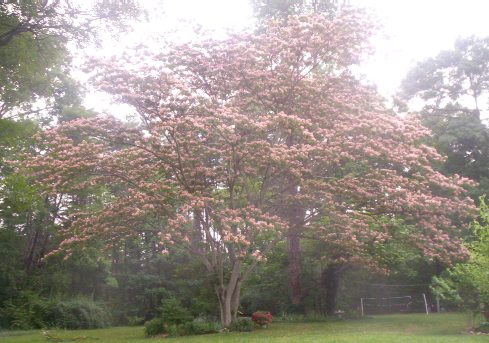 Did your dad love you? Was he a faithful presence in your life, showing you how fathers are? If so, you are blessed indeed; you have a sure foundation no amount of passing tribulation can fundamentally change. Not ever.

Ignore those #PatriarchyStinks memes; they’re simply an effluvial by-product of our present cultural sink. Most of them are a sad mix of perpetual aggrievement, sour grapes and envy. How likely is it that many of those pathetic Social Justice Warriorettes would be able to point to their own fathers with any sense of love or pride? I’ve often wondered, how many were separated from fathers who’d have been more than willing to love them, but were prevented from doing so by vengeful mothers? I’ll bet their losses are higher than average.

For reasons beyond my own mother’s control I never had the chance to know my father. Wisely, she never spoke ill of him while I was growing up and gave me every reason to be proud of his family back in Ireland. Thus as a very young child I was able to fabricate a simulacrum of a dad. Children learn to make do.

Given the place of fathers in the human heart, it makes sense that deities in Western cultures are most often male, with all the classical qualities we have traditionally seen as predominantly male. And it makes further sense that as the template for traditional families (father as head, mother as heart, and both intended to nurture children) crumbled, so would fall the image of man made in God’s likeness.

“What’s God got to do with it?” say our modern super-rational men and women. What indeed? How does one explain the quality of ‘blue’ to a blind man or the majesty of Bach to one who can never hear? If only Reason were involved, we’d all be atheists. But for those of us who appear deluded to non-believers, there is no ground on which to meet where language can convey experience. In like manner, those of you whose father template is so utterly secure as to be beyond words cannot really impart to those of us without fathers what it is you possess that we don’t.

One of the great satisfactions in my life has been to witness the relationship between the Baron and our son (and his relationships with my other children when they could allow it). Yes, it took me a while to recognize the “otherness” of their bond. Very early on, I was put firmly in my place — a proper place — regarding that father <—> son process. It didn’t take long to honor and to enjoy their experience together even as I learned to not back-seat drive.

Our son knows he’s very fortunate in having the Baron for his dad; it’s a mutual admiration society. Besides his own experience, the future Baron has also has heard the sad stories of many other men not so fortunate.

By chance, this Father’s Day occurs at what was for decades the celebration of our annual Mid-Summer Weekend here at Schloss Bodissey. For all those years, from Friday through Sunday dozens of people gathered to share food, music, fireworks, and friendships. The laughter and darting presence of so many children was a delight. I never thought about it ending, but like Peter Pan’s friends, the children grew up and their parents aged out of camping tents and sleeping on the ground. A few years later, even the Heavenly Tree withered away: her admirers came no more.

Sic transit gloria… while we can, let us celebrate fathers. Let us ignore the messages that men are somehow less than women, that women are innately superior, that men aren’t necessary for the development of robustly curious, innovative children who experience joy as part of living.

Men are indeed every bit as vital to the process of becoming fully human as women are. The current cultural polarization has shredded the wisdom of the ages: happiness lies in complementarity. Any woman who willfully follows the shallow fad about “not needing men” will eventually hoe a row of sorrow. Even worse, so will her sons.

28 thoughts on “For Whatever Fathers Remain”