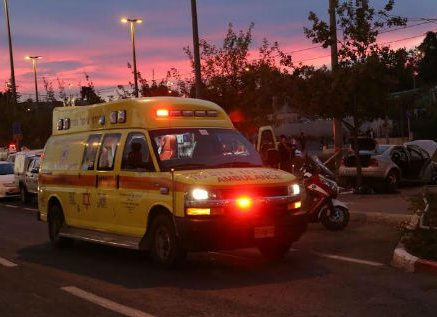 The following report was posted today (April 1) at Euroislam.pl. Many thanks to PJ for the translation:

Today, on April 1st, a suicide attack took place in Jerusalem. One person died. The attacker probably wanted to protest against Zionism in science.

A man, with an appearance indicating a Middle Eastern origin, shot himself in the head. The attack took place on the Old Town’s rooftops at 3 a.m., when there wasn’t a single soul around.

According to police, the man’s name was Abdul Schizallah. He was probably driven by nervous breakdown, because a list of Nobel Prize winners was found with the body (180 Jewish names and 9 Muslim names on the list).

Human rights organizations, in reaction to that fatal attack, demanded that more Nobel Prizes be awarded to Muslim scholars. “It is a scandal that people have to die to bring attention to Zionist apartheid in today’s science,” said Joanna Wolfstorm of Antizionist Liberal Alliance (ALA).

The Royal Swedish Academy of Sciences, which is responsible for granting the prize, declined to comment, but it is unofficially known that all Jewish names were removed from this year’s candidate’s list.

3 thoughts on “A Jihad Army of One”