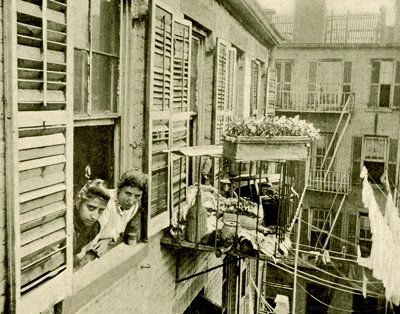 Here we are in (brrrr) mid-January, and it’s time for the first quarterly fundraiser of 2015.

As Dymphna noted last Monday, we had to put off our Fundraising Octet for a week, due to the Charlie Hebdo massacre and the ensuing crisis. The crisis is still going on, actually — as I write this, Belgium is crawling with police and military personnel, and paratroops are guarding the Jewish district in Antwerp. The Italian interior ministry has raised its terror alert to its maximum level. And, as you all know, PEGIDA was forced to cancel its weekly march in Dresden tonight, thanks to the threat of an attack by the Islamic State.

So this is not an ideal time to be mounting a quarterly bleg. However, given the trend of current events, the circumstances are unlikely to improve any time soon. So here we go…

We’ve acquired a lot of new readers in the past ten days or so, since the crisis began. For those of you who are newcomers to Gates of Vienna, here’s the drill: Dymphna and I have refrained from hosting any advertising on our blog, at least for now. But doing this is how we make our living (mostly), so we compensate by taking a week every quarter to remind readers who like what we do here that they can make a PayPal donation to keep us going.

It’s kind of like your local NPR radio affiliate, only we don’t offer any donated merchandise as premiums for the first gift of $100 or more. Nor do we air “All Things Considered” or “Morning Sedition Edition” every weekday — which may be a plus for some readers, but a minus for others.

Come to think of it, we don’t take any government money, either.

And, unlike Public Radio, we set a time limit on our begging. By this time next week it will all be over, we promise.

This week’s theme is “Friends and Neighbors”; that is, our favorite blogs and other websites. Over the course of the week Dymphna and I will be talking about various sites that we like to visit, but may not write about all that often.

Today’s featured site is an exception, however: Vlad Tepes.

I’ve been working closely with Vlad for more than six years now, to the point that he and I are like business partners. It’s a good thing that we get along so well, because we have to live in each other’s pockets, day in and day out. In a virtual sense, that is — he’s in Ottawa, and I’m in the Virginia Outback. However, thanks to the miracle of the Internet (especially skype), we are in constant contact with each other, exchanging information, sharing tasks, thinking up ideas, and cracking jokes.

Vlad and I have different areas of expertise, so our respective tasks don’t overlap all that much. He specializes in video and audio, while I focus mainly on text and graphics, and also write programming code to automate various processes.

Our two skillsets overlap in the making of translated and subtitled videos. In a typical situation, Vlad will grab a foreign-language video, and one of us will find a translator for it. The timed transcript comes to me for editing (which is one of my skills) and is then converted using software into a format that can be imported for subtitling. Vlad may ask me to write an intro, or he may do one himself. Then we both propagate the final product as intensively as possible. I usually post a transcript along with the video, so that people who prefer text can just read what was said.

If you’ve been hanging around Gates of Vienna or Vlad’s place for a long time, you’ve seen countless examples of this process. Vlad’s video channels are crammed with translated and subtitled videos relevant to our mission. His oeuvre is one of the most extensive and valuable archives of Counterjihad-related video that can be found on the web.

Vlad is really more than a friend and a neighbor. He is at the heart of what we do here, and it’s difficult to remember how we ever got along without him.

For that reason, whenever we raise money in our quarterly bleg, we tithe what we receive to Vlad. So when you give to us here, you know that 10% of your gift is being passed on to the Ottawa Vampire.

Normally I don’t post a list of donors’ places until after the first fundraising day is over. However, Dymphna’s postponement notice prompted a few people to chip in early. Here’s where they came from:

Far Abroad: Australia and the UK

A final note: Yes, I noticed that one of the two men in the photo at the top of this post looks like a very young Bob Dylan. However, the photo was taken in 1899, and I don’t think even Bob Dylan is that old.

9 thoughts on “Friends and Neighbors”