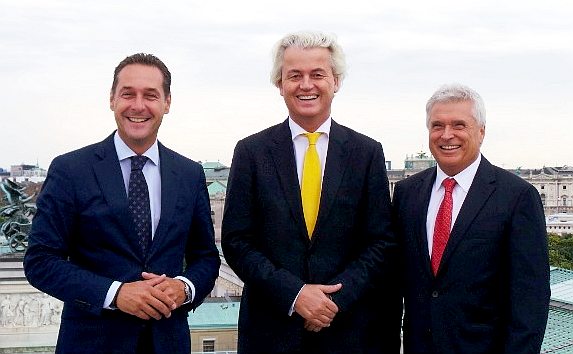 The meeting was arranged by David Lasar, who is a Jewish contact for the FPÖ, a member of the city council, and Mr. Strache’s confidant.

Mr. Wilders arrived in Vienna at noon, and the meeting took place between 1pm and 2pm at Mr. Strache’s party office opposite the Austrian Parliament. The two men also toured the parliament building together. 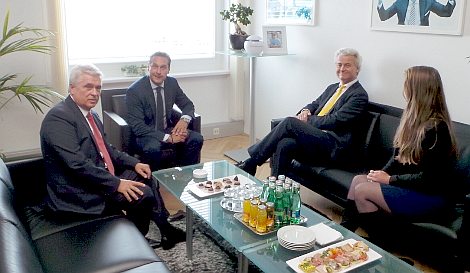 The two leaders got along famously. Mr. Wilders said that his party and the FPÖ have much in common: “We have more in common with the FPÖ than with the rest of the Dutch Parliament.” He said he looks to Austria and the FPÖ with admiration.

“I came to Vienna to pay respect to the party and to Heinz-Christian Strache himself,” said Mr. Wilders. “The voters expect us to work together.”

We’ll be posting more a detailed report on this momentous occasion later on, as the information comes in.

12 thoughts on “Breakthrough in Vienna”