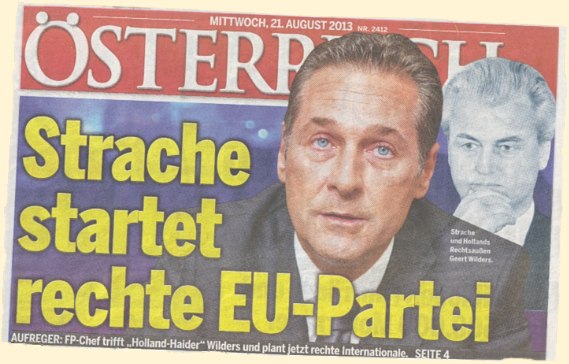 As reported yesterday, Geert Wilders, the leader of the PVV (Partij voor de Vrijheid, Party for Freedom), traveled to Vienna to meet with the leader of the FPÖ (Freiheitlichen Partei Österreichs, Austrian Freedom Party), Heinz-Christian Strache. The account below is adapted from reports on yesterday’s events provided by sources close to Geert Wilders. 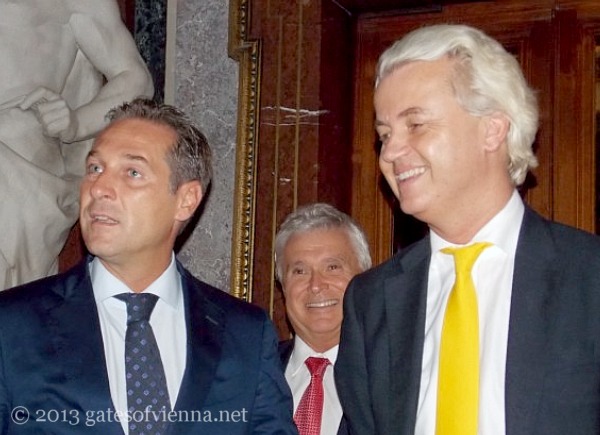 Geert Wilders and Heinz-Christian Strache have both been ostracized for many years by the legacy media. Each has been demonized as “extreme-right”, “neo-fascist”, and even “neo-Nazi”, despite the fact that both are staunch champions of our traditional freedoms, civil liberties, and human rights. Both men agreed that instead of taking the media reports for granted, they needed to meet in person and become acquainted with one another

The meeting between Mr. Wilders and Mr. Strache follows Mr. Wilders’ one-on-one talks with Marine LePen, the leader of the French party Front National, Roberto Maroni of the Lega Nord (Northern League, Italy), and other freedom-loving parties in the European Union. 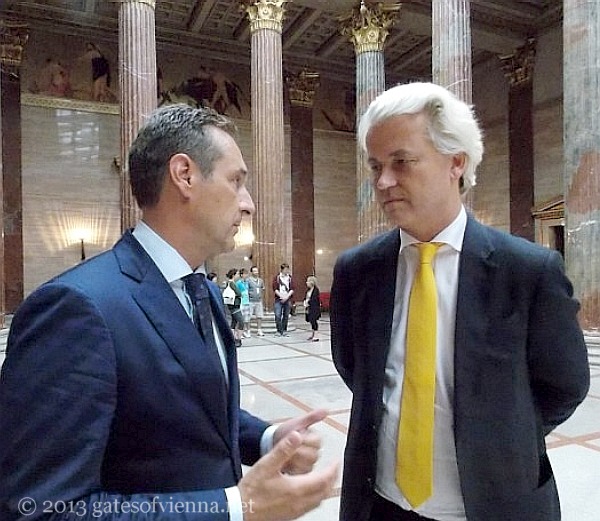 These parties are diverse in their policy prescriptions for their respective countries. Each has its own approach to the European debt crisis, problems with the welfare state, education, social policy, and numerous other issues that concern their electorate. Some support a traditional social-democrat approach to governance, whereas others are more free-market and libertarian in their political philosophy.

What they have in common, and what draws them together to stand shoulder-to-shoulder, is the constellation of issues around immigration, Multiculturalism, the Islamization of Europe, and the encroachment of Shariah in European jurisprudence and administration. The threat posed by Islam to traditional European culture is so great that all other issues pale in comparison.

Not only did the two party leaders discuss such matters of mutual concern, they also agreed that the European Union threatens the freedom, sovereignty and prosperity of their nations. In their talks they expressed concern about Islamic immigration into their respective countries and deplored the recent violence perpetrated by the Muslim Brotherhood against the Coptic Christians in Egypt.

6 thoughts on “A New “Right-Wing International”?”