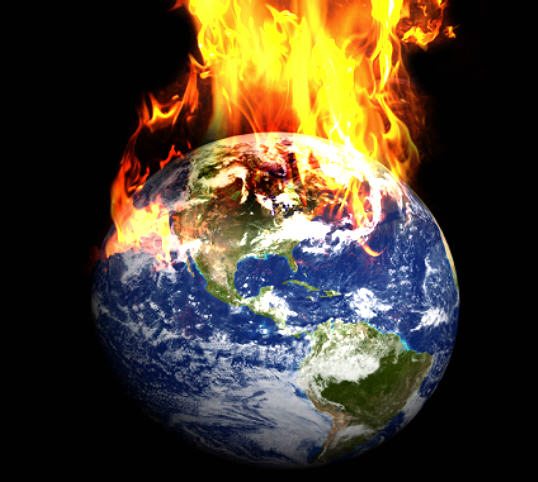 Based on the following interview, the climate researcher Lennart Bengtsson doesn’t have much of a future in climate science — at least not the part of it paid for by government grants and funding from activist NGOs.

Climate researchers recommend more education for panicked eco-activists: There is no climate crisis

In an interview with Die Welt, the renowned climate researcher Lennart Bengtsson shows little understanding for climate apocalypticists — and recommends more education for them. The Swede stated that knowledge is the best remedy against fear of climate change. After all, there is no such thing as a climate catastrophe. He even considers the measures taken by the European Union to be dangerous.

The researcher assumes that the temperature will rise by another degree or two this century. Bengtsson is of the opinion that greenhouse gases should be reduced worldwide through long-term and systematic measures. However, he does not want to describe the warming as a crisis. Far fewer people die in extreme weather than in the past, even though the population is growing rapidly. Food production is also increasing.

EU measures are a threat to business and citizens

What the media wants to sell as the catastrophic consequences of dangerous climate change (remember the warning about heat death at 30 degrees [C, 86° F] at this point) is therefore simply wrong: in reality more people die from cold than from heat — and for Europe it can happen, according to Bengtsson, and the coming winters will be serious precisely because people cannot afford to heat their homes.

He feels that the Paris goals are too ambitious, especially for the EU: In his opinion, they must be adapted to what is technically feasible — otherwise there will be serious and acute problems for business, industry and the public. A selective reduction of greenhouse gas emissions is useless anyway — the reduction would have to happen worldwide. He rules out “social developments” due to climate change: What is currently happening in society is based on political incompetence, conflicts and wars.

He questions the claimed effect of global warming on weather catastrophes — warming will actually lead to a weakening of extreme weather events such as extratropical storms.

The consensus of the controversial climate council is generally not as comprehensive as is often claimed: there are differences of opinion about how fast global warming is happening and how harmful it may be. In order to prove the influence of humans on the climate, the natural variability would have to be known — but this is only insufficiently understood and there are still open questions (he mentions the warming from 1910 to 1940 and the Little Ice Age from 1350 to 1850; climate fluctuations on time scales from 100 to several hundred years would also not be understood and not properly reproduced by the current models).

“I believe that the general public debate tends to view all climate change as something negative, without pointing out that some climate changes are positive or even natural processes that have always existed. The warmer climate in Europe today is more beneficial to society than the typical climate of the 19th century. In fact, the warming observed in the 1930s was viewed by virtually everyone as something generally positive. I fear that the strong politicization of the climate debate will have negative consequences for basic research, as some scientists are naturally skeptical and critical. As a result, some scientists are reluctant today to address issues that some universities and funders might view as critical of the IPCC.”

“My recommendation to the younger generations is to deal intensively with the topic in order to learn more about the climate system. In my opinion, knowledge is the best medicine against ‘climate anxiety’.”

In 100 years, climate change will no longer be an issue

Lennart Bengtsson explicitly points out that humans can easily adapt to the expected increase in temperature. A rise in sea level is indeed problematic in some areas — but this can easily be countered with coastal protection systems. That has already happened in the Netherlands. Trusting in scientific progress and human ingenuity, he concludes: “In 100 years, I believe that climate change due to greenhouse gases will no longer be an issue.”

That’s the whole reason the schooling system is so abysmal, because if you want to control humanity, you must at first install and then control their fears. And when you know that people can be trained like dogs to believe and do anything, anything at all — as we have seen over the last couple of years even more clearly — it makes you value your own counsel and be suspicious of every other, especially when it comes from bought and paid for — through stolen taxes — governments and mainstream media. They are big fat leeches sucking the blood out of this world while believing themselves to be the best of humanity, such as: Klaus Schwab, Bill Gates, George and Alexander Soros, Noah Yuval Harari, Jacques Attali, Charles Windsor, Rockefellers, Rothschilds and many more…

None of us deserve to be treated as tools of these self-regarding “elites”, whose only care is the pursuit of power over others, and no mountain of skulls left in their wake is ever big enough. It might be time to start building our own mountains with theirs instead.

UPDATE: Thanks to WRSA for the image at the top of this post.

3 thoughts on “Saving the Planet — NOT”