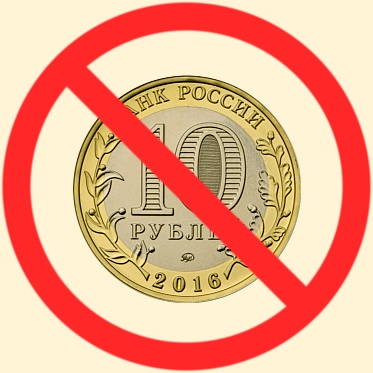 As reported in last night’s news feed, both the G7 and the European Union have refused Russia’s demand that Europe pay for Russian natural gas with rubles. Since the sanctions regime imposed by the West makes it impossible for Russia to transact business in dollars or euros through the international banking system, it’s hard to see how the Russians would have any other practical choice except to deliver the gas for free.

Robert Habeck, Germany’s Federal Minister for Economic Affairs and Climate Action, said that Russian President Vladimir Putin “stands with his back against the wall, otherwise he would not have made this demand.” It isn’t obvious, however, that this is in fact the case. It’s not like Russia lacks for other customers for its energy exports. It has already concluded an oil deal with India (in rubles or rupees, I’m not sure which), and has China as a major customer. Given that Southeast Asia, Africa, and Latin America have not joined the sanctions regime against Russia, it seems that the Russians will be able to find plenty of willing buyers. And since the deals will be concluded in currencies other than dollars or euros, customers will probably get a better price than the West does for its energy supplies.

When asked about what will happen if the Russians stop deliveries of gas to Europe, Mr. Habeck said, “We are prepared for all scenarios.” I assume that such preparations include recommendations that people wear more sweaters, eat cold food, and take cold showers. Or maybe Germany plans to reactivate its nuclear reactors and coal-fired power plants…

Kremlin on rejected ruble payments: “No payment — no gas”

With his announcement that payments for gas deliveries will in future only be accepted in rubles, Russian head of state Vladimir Putin wants to put pressure on the West. His spokesman follows up in an interview.

After the EU largely refused to pay for gas supplies in Rubles, Kremlin spokesman Dmitry Peskov has announced possible new steps by Russia.

“No pay — no gas,” said Peskov in an interview with the American television outlet PBS, according to the state agency TASS. Moscow wants to wait for the EU’s response and then determine the next steps. “But we definitely don’t intend to present ourselves as benefactors and deliver free gas to Western Europe,” Peskov said.

The confidant of Russian President Vladimir Putin accused the West of unleashing an all-out economic war against Russia. “Unfortunately, these circumstances are extremely unpleasant,” Peskov said of the sanctions. This has brought us to the point of “total war”. “And we in Russia feel this war in such a way that the Western European countries, the USA, Canada and Australia are waging a real war in trade, in the economy; they are confiscating our property, our cash and blocking our finances,” Peskov complained. “And we must now adapt to the new reality.”

Last week, Putin ordered that natural gas could only be delivered to “unfriendly” states such as Germany if payment was made in rubles.

Habeck: “Clear breach of the treaties”

The group of seven leading democratic economic powers (G7) had already rejected it. The G7 ministers agreed that the demand for payment in rubles was “a unilateral and clear breach of the existing contracts,” said Federal Economic Affairs and Climate Action Minister Robert Habeck after a virtual meeting with the G7 energy ministers. Signed contracts are valid; the affected companies must be faithful to the contract. “So that means that payment in rubles is not acceptable.”

Germany currently chairs the group of states, which also includes France, Italy, Japan, Canada, the United States and Great Britain. The EU also took part in the round, said the Green politician. “Putin’s attempt to divide us is obvious,” said Habeck. But there is great unity. “We will not be divided, and the answer of the G7 countries is clear: the treaties will be respected.”

“Are prepared for all scenarios”

When asked about preparations in the event that Russia stops delivering gas, Habeck said: “We are prepared for all scenarios.” The federal government has been working on answers to scenarios since the turn of the year.

Putin’s demand for payment in rubles should be interpreted in such a way that he “stands with his back against the wall, otherwise he would not have made this demand,” said Habeck. Payments from the West for energy supplies are not decisive for the direct financing of the Russian war against Ukraine. Putin can finance the army, supply soldiers, supply fuel for tanks or build weapons of war largely in his own country. “For that he needs rubles. He can print the rubles,” said Habeck. “As long as the Russian workers accept the ruble as a means of payment, he can finance the war out of his own strength.”

However, the exchange of rubles in foreign currencies is extremely difficult due to sanctions against the central bank, said Habeck. Nevertheless, one must become independent of gas, coal and oil from Russia in order not to strengthen the Russian government or keep it alive. Russia is “an unreliable supplier” and its campaign has “significantly contributed to a global disruption of peace and order.”

Well, that’s what happens when you play badminton with sanctions and think the win is certain… The good nature of the Russians is gone for good, and rightly so. It is not possible to replace Russian gas supplies anytime soon, so it should be clear to everyone where the government has deliberately led Germany, and it is all on purpose, because even the stupidest politician can’t be so stupid that he is unable to see where it’s all leading to.

12 thoughts on “Europe Says “Nyet” to Rubles, Would Rather Freeze Next Winter”