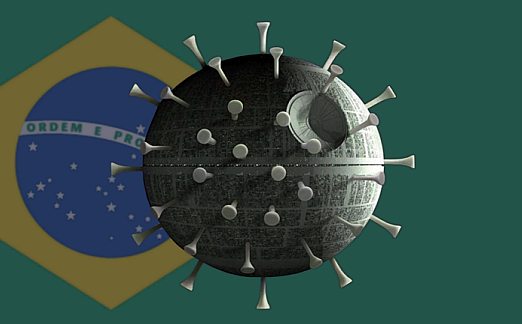 A internationally-known double-jabbed Brazilian model died from thrombosis, but the cause of her death is being given as COVID-19. It may be that she died within fourteen days of her second jab, which would mean that she was counted as “unvaccinated”.

Many thanks to Hellequin GB for translating this article from the Swiss outlet UncutNews:

The double vaccinated teenager died a few days later, on January 9th, as a result of “COVID-19”, as reported by the Brazilian media. However, the 18-year-old was healthy and, according to her mother, had no health problems.

It is with great pain that I say goodbye to the love of my life. Goodbye, Valentina Boscardin Mendes, may God receive you with open arms.

I am overwhelmed. My daughter, I will always love you. An angel ascends to heaven.

Several Brazilian celebrities paid their respects to Valentina, including the former model and businesswoman Helô Pinheiro, who wrote:

I received sad news and I can’t believe it!!! My God!!! It hurts! You didn’t deserve to go through this, but God is in control of everything.

Other Brazilian celebrities such as Cristiana Oliveira, Adriane Galisteu, Monica Carvalho and others left their condolences.

Valentina was under contract with Ford Models Brasil and had modeled for several big brands, including Christian Dior, Givenchy and Armani.

The 18-year-old was preparing to embark on an international career, following in the footsteps of her mother, who became very famous modeling for the same big brands and appearing on multiple magazine covers.

She leaves behind her mother with whom she lived.

It’s worth noting that people in Valentina’s age group in Brazil are virtually immune to COVID (only 0.3% of deaths occurred between the ages of 10 and 19).

Unfortunately, thrombosis is a typical side-effect of COVID vaccinations (she received two doses of the Pfizer vaccine last year).