A public service ad in a local paper caught my eye today. It was put out by “Vaccinate Virginia”, the state body responsible for pushing the COVID-19 “vaccine” on citizens of the Commonwealth. I couldn’t find an online version of the ad, so I scanned the relevant portion of the newsprint copy. The hideously misaligned color offset printing makes the woman’s eyes look bizarre — she seems to be a demon from hell: 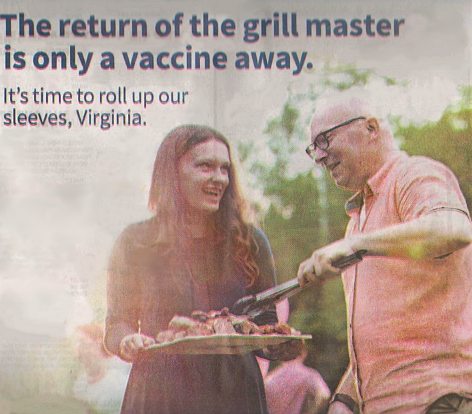 The ad doesn’t say so explicitly, but the obvious implication is that if you want to get back to grilling burgers on the patio, you have to get the vax first. Anyone who doesn’t is, you know, selfish, and, like, wants to kill Grandma.

I had to scroll through a lot of vax propaganda while I was looking in vain for this particular image. I do my best to stay away from government propaganda, so I hadn’t realized how much of it the Virginia Department of Health has cranked out since the beginning of the “pandemic”. Looking through it all was an onerous task — it made me feel vaguely sick to examine it in detail. I think it’s bad for my health.

As a public service for my readers, I grabbed a selection of images — paid for by my tax dollars — that are designed to prod citizens of the Commonwealth to get the jab. You’ll notice that the stylized coronavirus in the logo looks like it has eaten the state of Virginia: 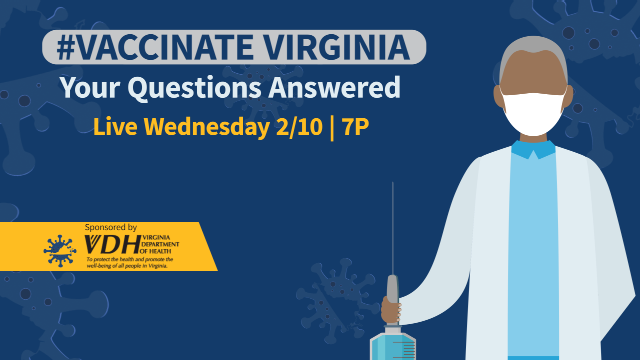 Man, that’s a big needle! Is it supposed to reassure me? Or frighten me?

I suspect the doctor of color is intended to provide extra reassurance for people of color, who seem to be the target audience for most of the propaganda. The “diversity” quota in all the images is even higher than usual — I estimate that about 75% of the people in the ads I looked at were either black or Hispanic. According to the polls, blacks are more reluctant than whites to get the vax, so maybe that’s the reason.

And the VDH made sure to urge Muslims to get the kafir vax: 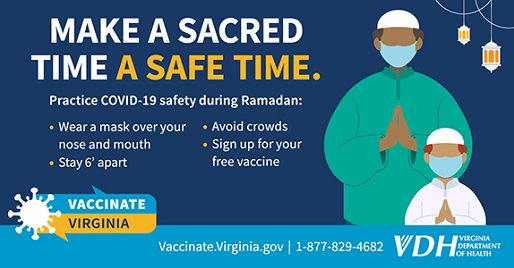 This ad is more sophisticated than most. Once again, it’s aimed at people of color, but features more upscale examples of them. The subliminal message is: Get the jab, and then you can take off the mask! 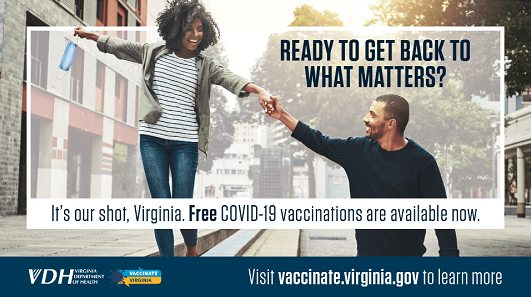 Finally, here’s one pushing parents to vax the kids: 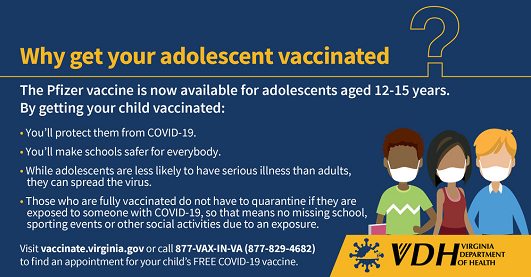 I don’t know how old this image is, but a couple of days ago the World Health Organization actually came out and recommended against giving children the experimental mRNA treatment to protect against COVID-19. And even before that, there were plenty of reports that teenagers were contracting myocarditis as a side-effect of the vax. Given that those under 18 have a 0.003% chance of dying of the Wuhan Coronavirus, no parent in his or her right mind would want to get their kid vaxed.

But the Commonwealth of Virginia was pushing them to do it anyway.