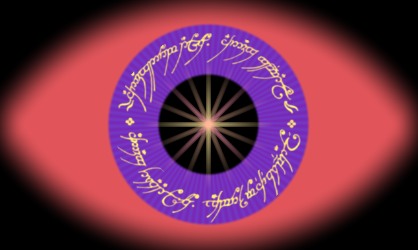 I spent a couple hours at the retinologist’s this afternoon, where I received the latest in a series of injections to my left eye to treat my condition (wet macular degeneration). My eye was really only “lidless” for less than a minute, but I needed a good eye-related title for this post.

Here’s how the procedure works. If you are sensitive to descriptions of unpleasant things being done to the eye, you might want to skip the rest of this post. I would have done the same thing myself eight years ago, before I went through it for the first time. But by now I’m well used to it, and take it all in stride.

When I get to my appointment, the intake technician first checks the acuity of my eyesight in each eye. Then she preps me for the scan, which today involved the full dilation of both pupils.

After that I wait in the dimly lit waiting area (now rendered socially distanced) until my eyes are suitably agog. Eventually the next technician calls me, and I get a scan of both retinas using one of the amazing machines that they have nowadays — it’s astonishing the level of detail that can be instantly obtained and ported over to a digital file. Every six months I get a full scan, which involves receiving an intravenous infusion of yellow dye. The dye immediately migrates to the retina, allowing for a more detailed analysis of the situation. As a side effect, the chemical they use colors my urine an intense fluorescent yellow, as if I had eaten a highlighter pen. It must be disconcerting for someone who comes behind me in the gents’, if I forget to flush.

Next begins the process of numbing my left eye, which is achieved through a series of drops. Just before the injection, after the doctor has done a visual check of both eyes with a bright light, the left eye is treated with a series of antiseptics, including (if I’m not mistaken) Betadine. The doctor then clamps on a little device that forces my eyelids to stay open (hence the “lidless eye”), tells me to look at him, and in goes the needle.

The moment of injection is excruciating, but it only lasts for a couple of seconds. At that point I can see an outpouring of dark fluid from the needle, like a gusher from an oil well. Then my vision goes completely dark in that eye. It takes a couple of minutes until it starts to comes back. Meanwhile the technician administers a further regimen of antisepsis, plus some drops to help the burning and stinging, which nonetheless will continue for several hours, gradually fading away.

More often than not I get what I call a “dancing bubble” afterwards. It’s a tiny bubble of air that comes into the vitreo on the point of the needle. It looks dark, and it moves around, bobbing and jigging with the movement of my eye. It’s usually gone by the next morning.

The dancing bubble is with me right now, skipping merrily above the text, as if to say, “Follow the bouncing ball!” while everybody sings along.

As a result of all this, posting may be somewhat light this evening, although I do intend to get an item or two up before the news feed, if all goes well.

11 thoughts on “The Lidless Eye”