This “greatest hit” from Dymphna did not actually appear at Gates of Vienna, but at Dymphna’s other blog, “The Neighborhood of God”. She set up TNoG not long after we started Gates of Vienna because she needed a place to post things that weren’t about the Counterjihad or politics. She sometimes jocularly referred to it as “my real blog”.

The future Baron suggested this selection for the Greatest Hits. It’s one of his favorites. 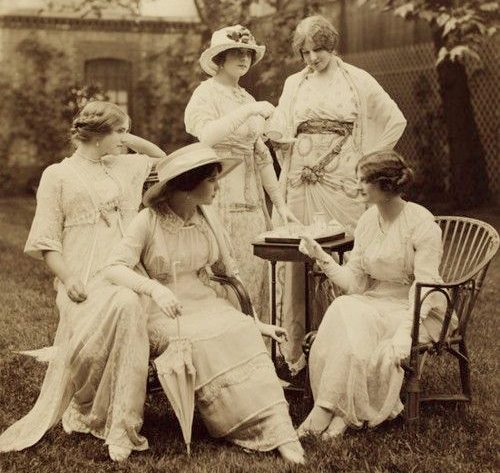 Over at the other place I’d been discussing the latest liberal meme, one more artificial — but no less hateful — than usual. I’d mentioned Michelle Malkin’s recent essay at Townhall, “The Condensed Liberal Handbook of Racial Codewords”.

As often happens, my thoughts diverged from the main subject; in this case, the subject being quite ugly accusations against candidate Mitt Romney, claiming he used coded messages in speeches to tell purported insiders — i.e., white people — what was really going on.

I began with a great video from Bob Parks and went on to talk about Ms. Malkin’s essay and those “SEEKRIT” words.

Every single group or culture, or sub-culture within a larger one, has code words. It’s simply human nature. What makes the process poisonous is when one group is falsely accused of publicly using code to say vicious things about another group as though the second group were too stupid to catch on.

The tipping point of paper-thin-skinned black grievance neurosis may have finally been reached. I certainly hope so. By now the accusations of — as Ms. Malkin puts it so well — RAAAAAACISM!- have been done to death. For the most part, average people find the whole rage and pity-pot victimhood simply tedious. It has become like trying to reassure a child who stubbornly hangs on to his giant refusal of reassurance because he needs his anger more than he needs justice or harmony.

At any rate, that essay led me far afield, into pondering the kinds of social dog-whistle talk that exists among all groups. I often found myself in social hot water in New England because I didn’t know the rules — rules that others had long learned by heart.

However, being raised in the South, I knew most of the Byzantine rules and moves of Southern social intercourse — without even knowing I knew them until I moved back here and found myself moving within in a more familiar milieu. A fish back in her own lily-padded pond once more.

In order to truly understand it so that it’s part of your being, you have to have lived immersed in a local culture from before you could think. Being a first-generation American, I missed some of the finer points. On the other hand, being a not-quite-outsider makes one a kind of participant observer; thus you notice more than the born-and-bred folks, the people who ask, “Bless your heart, you’re not from around here, are you?”. When I studied Anthropological Methods in college, I was surprised to discover I’d been living those methods all my life. I called what I did “standing in the doorway”… less academic, perhaps, yet more evocative for born outsiders.

But I want to relate it back to the so-called dog-whistle political talk of that earlier essay, and to make the broader point that group talk always partakes of some dog-whistle undertow. Those currents are meant to carry the stuff at the bottom swiftly along without every little detail having to be brought to the surface for discussion.

Here’s an example from my own experience.

American Southern women (black and white) have a number of expressions that sound for all the world like innocuous fluff. To insiders, though, these phrases convey volumes without ever having to say anything that smells bad. It’s difficult to pick a favorite, but since one in particular has been exposed of late, let use it for the purposes of demonstrating social dog-whistle.

This one was perhaps my favorite of all until some Miz Big Lips had to go blab it to the world just to get a laugh. Some folk are desperate for attention, as I’m sure you’ve noticed: anything for a laugh, including betrayal of your own. Now it has become harder to employ this useful filler while maintaining a straight face or, more importantly, a polite fiction.

I’m talking about this all-purpose expression, used for generations by Southern women to cover a multitude of social emergencies: “bless her heart”.

I’ll give you a hypothetical situation, sans much context. The setting is a kitchen table around which three women are seated. Two of them are talking, the third is simply observing. There is a fourth woman, not present, who is the focus of this snippet of conversation:

Bobby Jane: “By the way, Babs is flying to Europe next week. She told me she needs a break in the worst way…”

For the sake of (ahem) brevity, I’ll tell you that the three women — Bobby Jane, Mary Jo, and the absent Babs — know one another extremely well; they’ve been friends since grade school and are a sub-group of a larger cohort of women who have aged together in varying degrees of grace for several decades now.

I’ll also posit that the silent woman at the table is on equal terms with the two speakers. Let’s call her Annabelle since everyone else does. And let’s examine what Annabelle knows but may never be willing to admit to anyone (husbands don’t count). She knows darn well what Mary Jo’s “Why bless her heart” really really means.

Annabelle “knows” in a global way, right on down to her limbic system, this truth:

she-apprehends-every-single-nuanced-layer-of-that-utterance-down-to-the-subatomic-inflection-at-the-end. And she knows (without stopping to think about it)that the other two know that she knows what just transpired.

It would take a Chekhovian-long time for me to tell you all those nuances so let’s boil it down to a New York minute: Bobby Jane is being a troublemaker here. They all know — despite the fact that Babs swore Mary Jo to secrecy about the transaction — that Babs owes Mary Jo a fairly large sum of money. Babs swore Mary Jo to secrecy about the transaction. You see, Babs ‘borrowed’ it to buy some clothing when they all went on a shopping expedition to Atlanta last year and she’d “forgotten” her charge cards. In reality Babs had been persuaded by her husband — for the sake of marital harmony — to leave her credit cards at home. And she really did have every intention of repaying the cost of that shopping trip to Mary Jo, she really did. In fact, she still has every intention of doing so… except not now, not when she “needs” to get away.

Do you get my drift here? Mary Jo has been blind-sided by this news of Babs’ trip. Bobby Jane was sadistic enough to tell her in front of Annabelle so that Mary Jo’s indignation at being put off again by Babs’ self-indulgence has to be suppressed for the sake of social solidarity among good friends.

That’s all there is. They finish their coffee and go their separate ways to pick up their respective children at school. But each of them, driving away, has her own separate and distinct “aftermath” of feelings about the gathering around the kitchen table, and about the proposed trip of the absent Babs, busy planning for Europe, and most importantly, about Bobby Jane’s character. Or at least Annabelle and Mary Jo grasp a little more deeply what they’ve known about BJ since fifth grade: Bobby Jean’s integrity is a little wobbly, bless her heart.

That’s a rough translation without any background of social dog-whistle as played by Southern women of a certain age. It’s just a template you can use to apply to other situations where the occupants of a given social universe feel the undercurrents that outsiders don’t even perceive…

…and yes, life really can be fraught. We don’t need any more faux-anger spouting heads making things uglier. Everyday life provides enough of the real thing without having to listen to the fake stuff being generated to… to what? Gather an audience, perhaps? Honey, now that I’ve seen him in action, I wouldn’t cross the street to watch such mean-spirited blather. That child’s soul is still in short pants.

But then, that’s his social universe. It’s populated by talking heads who can chatter on smooth as silk without ever showing a lick of common sense — they do indeed seem to be the curse of this generation.