Taken together, the PayPal donations, snail-mail gifts, and donations to the GoFundMe page have now reached and exceeded the costs of Dymphna’s funeral expenses. You needn’t donate to the GoFundMe any longer; everything has been taken care of. As I mentioned earlier, any additional amounts that are specifically earmarked for the funeral will be donated to a reputable local charity that helps victims of sexual assault, including children.

Any words I might choose to express my gratitude are inadequate. The response over the past ten days has been staggering. I now have an idea of how many people truly appreciated Dymphna’s work.

My current situation: I’m trying to forestall the depression and isolation that so frequently afflict a man after the sudden death of his wife. My tendency at the moment is to wander aimlessly around this empty house, bouncing back and forth like a ping-pong ball in a shoebox. I’m fighting that by the time-honored method of going back to work. 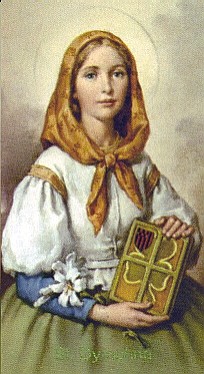 Sitting down in this chair and starting to post again is the rough equivalent of the widower showing up at the office on the Monday morning following the funeral. Work is what he needs to keep himself on an even keel. He has a glazed look in his eyes, and his productivity is not up to his usual standards, but his boss (if he has a good one) is patient and understanding.

I don’t have any boss except for you, our readers, and I know you’re being patient. I suppose Vlad comes close to being my boss, although we’re actually more like unpaid business partners. In any case, he’s being patient with me, too.

I see that another subtitle file (translated from the French) has just come in. It needs editing and formatting, so I’d best stop my meandering and buckle down to work.

Thank you all once again. I’m sending out responses to everyone, both by email and snail-mail, but it will take a while, because there are so many of them.

16 thoughts on “The Goal Has Been Reached”