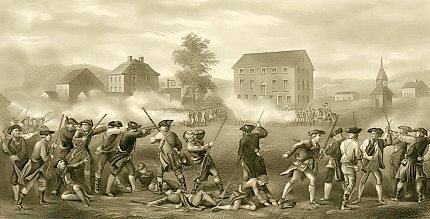 We’ve reported several times in the past on the “We Will Not Comply” movement, a response to new gun restrictions imposed last year in Washington State as a result of ballot initiative I-594. The issue has moved out of the headlines, but it has not gone away. It is simply dormant, awaiting the actions of any state or federal authorities who attempt to enforce it.

The following essay by Kit Lange was posted yesterday at the Patrick Henry Society. It is worth reproducing in its entirety:

Anti-Gunners Fail to Understand That We Will Not Comply

As PHS reported a few months ago, the Second Amendment Foundation — run by pro-background check power fundraiser Alan Gottlieb — filed a lawsuit against I-594 in federal court. Washington Alliance for Gun Responsibility and Everytown for Gun Safety Action Fund, two hardcore anti-gun organizations, filed a motion to enter into the lawsuit as defendants, claiming that they had the legal standing to defend I-594 against those who claimed it was unconstitutional. Even though Everytown is an out of state organization funded and administered by Michael Bloomberg, Shannon Watts, and others who desperately want Americans unarmed, a federal judge today granted their motion to defend I-594 in court.

Their goal, of course, is to see I-594 stand as law, in all its unconstitutional, unenforceable and unconscionable glory. They seem to think that if the lawsuit fails and I-594 stands, that those affected by it will simply sigh and start complying. Surely, they think, these ‘gun nuts and ammosexuals’ will start doing as they’re told… and if they don’t, we’ll just arrest them and imprison them.

The sentence “we will not comply” is not temporary. It does not have an “if, then” clause. It does not mean “We will not comply until you make us understand that it’s The Law.” Initiative 594 is not constitutional, it is not just, and therefore it is not law. As such, We the People are not bound to follow it; in fact, it is our duty to resist it.

And resist it we will.

The real question is not “will we comply eventually?” It is not even “How far are patriots willing to go to defend their right to refuse slavery and tyranny?” The answers to those questions have been answered many times over, both on this blog and in the hearts and minds of those patriots who are standing on the line. The real question, as Mike Vanderboegh has asked, is “What are your appetites for our liberties?” In essence, what is the government prepared to do? What are the lackeys of tyranny and the enemies of liberty prepared to give up in order to take our unalienable rights from us?

We’ve answered what we’re willing to lose. Perhaps those who seek to take our liberty should answer it as well, because we will not comply. Not if you arrest us. Not even if you shoot at us, and remember, we will shoot back. In order to take our liberty, you will have to kill us.

Even then, if your bullets riddle our bodies and our blood stains the ground, know this: