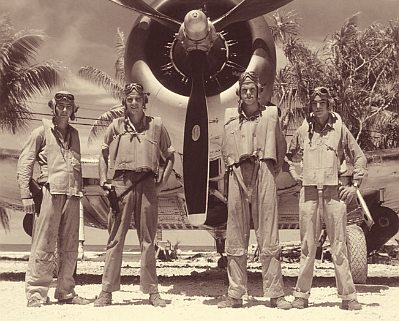 Our quarterly bleg is moving into its fourth day, and the readers of Gates of Vienna are proving to be an uncommonly open-handed bunch. If the current trend continues, we should be able to make it all the way through Christmas Winter Festival to Shrove Tuesday Carnival of Drunken Debauchery without having to worry about the wolf at the door.

You’ve heard of living from paycheck to paycheck? Well, this is living from fundraiser to fundraiser. And it’s not anxiety-inducing, for some reason. My motto: “Sufficient unto the quarter is the evil thereof.”

This week’s theme is “culture and traditions”. Today I’d like to focus on a particular tradition that used to be very common, but seems to be rapidly disappearing: the instilling of manly virtues by a father in his son.

By “manly virtues” I don’t mean physical strength, fighting prowess, and skill with firearms, although these are very important. Rather than behaviors, I’m thinking of a set of character traits, habits of mind that are drilled into a boy early and often so that they become part of the young man’s being, and define who he is.

For these virtues to be passed down from father to son, generation after generation, each son must have a father. A grandfather, uncle, or stepfather may be able to do the job when required, provided that bonding is strong enough, and occurs early in the boy’s life. But nothing beats the blood tie between a father and son as the most effective source of cultural transmission.

The postmodern age has cast away the role of the father in many instances. Boys who grow up without fathers, or with fathers largely absent, often lack those vital manly virtues as a result. Inadequately socialized boys constitute a culture-wide epidemic. It’s a sort of mass vitamin deficiency of the soul.

Below is a partial list of crucial manly traits, compiled from a very personal perspective. I think it’s important to chronicle these virtues before they disappear entirely, as the culture jettisons the time-hallowed traditions of masculinity.

In wasn’t all that long ago that a failure to keep his word was a source of the greatest possible shame for a man, at least in European cultures. A man’s word was his bond, and an oath-breaker was considered the lowest of the low, worse than an animal. This was one of the fundamental components of honor, European-style.

When we had an addition built onto our house twenty years ago, the contractor and I drew up the plans together, and then shook hands on the deal. For one reason or another we neglected to actually sign the contract until the job was almost done. But he kept his word, and I kept mine: he built the addition exactly according to the plans, and I wrote the checks exactly on schedule.

The handshake was enough.

This was once a common practice in the United States. Laura Ingalls Wilder’s memoirs of life on the American frontier preserve a vivid account of the days when such contracts were the norm — they had to be, because in those sparsely-populated territories on the edge of Indian country, a handshake and a rifle were the only things holding civilization together.

But that was then, and this is now. Keeping one’s word is rapidly becoming passé, a quaint atavism, a relic of times gone by. Mendacity and treachery are celebrated. The clever liar is often a hero in pop culture. Whether in marriage, friendship, employment, or personal debt, the keeping of a promise is becoming more and more optional.

Since patterns of personal behavior are passed on to the political sphere, it’s no wonder that our politics have become so degraded.

This, once again, is a trait that is not universal to all peoples. Some cultures consider a man free to do whatever he likes — rob, rape murder — as long as there is no agent of despotic authority on hand to stop him.

In contrast, Western men have traditionally internalized the imperative for self-restraint, which is an essential component of common civility. A man who failed to rein in his impulses experienced the intense disapproval of his peers, even if the law never got involved. A proper forbearance was expected of him.

I read a news story recently about an old man in Italy who found a billfold containing €80,000. He turned it over to the police, who eventually located the owner. When interviewed by the media about why he didn’t keep the money, he said, “It wasn’t worth it — I wouldn’t have been able to sleep at night.”

Not everyone manages to act with such integrity, of course. But the expectation of such behavior used to be a normative force, and it no longer is. The new ethic? “Do whatever you can get away with.”

This trait requires a combination of courage and fortitude. When misfortune strikes, a man is taught to grin and bear it. When it’s his turn to suffer pain or privation, he does so without making a big fuss. He simply does what needs to be done.

If he has made a mistake or done something wrong, he acknowledges his responsibility and accepts the consequences of his actions, making amends as best he can.

A boy who internalizes these imperatives learns not to cry when distressed or whine about his circumstances. This trait is now deprecated by the culture at large, but at one time it was the norm among men, and widely considered a necessity. Without it a man could not engage in the self-sacrifice required to reach long-term goals.

A man is expected to share what he has with those closest to him, beginning with his immediate family and moving outwards through his extended family to his friends and neighbors.

To strangers he offers hospitality. When they are in distress, he aids them to the best of his ability, within the constraints imposed by prudence. The Good Samaritan is his model.

Which brings us full circle to what began this post: the uncommonly open-handed actions of our donors. The manly virtues are well-represented among the readers of this blog.

I realize that I left out fifty percent of the human race in the above discussion. But I can’t speak for the womanly virtues; I’m not qualified.

You girls are just going to have to weigh in and provide a list of the equivalent feminine virtues. I look forward to seeing them in the comments.

Yesterday’s virtuous donors, men and women alike, checked in from the following locales:

Dymphna and I appreciate this exemplary open-handedness.