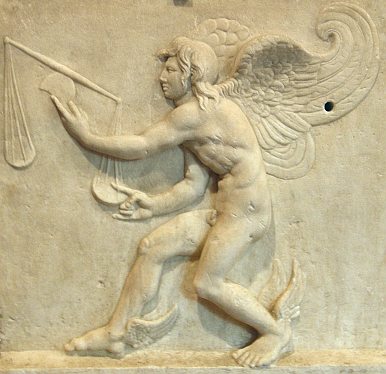 The Baron chose this fundraiser’s theme — i.e., the amplitude of time. Or, for me, time in all its variations… mostly those concerned with tardiness, for which I was frequently chided in grade school. The things one remembers.

When I consider the passage of time, its durance seems relative to one’s age and physical condition. In the latter case, severe pain suspends time, and the one who suffers does so in an endless loop of endurance, or so it seems whilst caught up in it. Any woman in the throes of labor can tell you there is only the pain ascending to a crescendo, breaking, receding, and then coming back in another relentless wave, each more insistent than the last. Then there are the final bursts of intensity until the plunge off the top of the cliff, a swift push over the edge.

Though we’re all fortunate that pain can be recalled, but not really experienced once past, it’s also true that we can’t forget it entirely. For most of my young adulthood I was quite healthy. Back then my experential knowledge of protracted pain was intimately tied to childbirth. When — this was between my second and third babies — I went to the oral surgeon to have some impacted wisdom teeth removed, and was coming out from ‘under’ whatever deep anesthesia they’d given me, I immediately asked to see the baby, which puzzled the oral surgeon but made the nurse laugh. Later on the way home, the feeling of empty arms, of something “being missing” was quite strong. Post partum depression over my wisdom teeth? Sure.

In later years during my theology studies, we were told that the Greeks had at least two words for time: our familiar chronos — the passing of time, and kairos — the right timing for an event, or perhaps the best possible moment, for example when you drew your first breath.

Thus we have the well-known Scriptural passage about kairos, or whatever word those ancient Hebrews used to denote timeliness (any Hebrew scholars are free to enlighten us in the comments):

One intriguing aspect of time is the various ways people process its passing. This isn’t about the philosophical differences between cyclical and linear time ( sacred time versus historical, “factual” time). What I mean here is the way people experience daily lived time.

For some, “the living is easy”, relaxed; there are no strictures, only those punctuations which occur during the event and will serve to remind us later. A two year-old on a walk is a good example of the unhurried amble with stops to inspect anything new: the point is the process, not the final arrival back home. What remains is the collection of memories, of people and objects encountered. Others seem pushed from behind by an enormous Mad Hatter muttering, “we’re late, when will we get there?” That’s the same child, eight or so years later, riding in the back seat on the way to the beach.

I usually fall into the “late” category. It is very difficult to leave wherever I am; for whatever reason the transition from one place to another is… umm… “fraught”. Pondering that problem, here’s a poem I wrote some years ago. And for those of you who hate poetry this contemplation is about fifty words or so. Besides, you can always skip it.

And so I appear eight minutes behind
The rest of you, slipping into the pew
Breathless and contrite
Just as the psalm finishes.

Suppose our light were not delayed
By flight through space. Suppose instead, it
Coincided with its conception.
Could I then presume to be, finally,
On time?

Probably not. I’d have to find
a way to blame the moon.

Obviously, I make — or made — excuses for my late appearance. I do it less ever since I watched one of my professors arrive in class late and then simply stand and listen to the numerous and voluble complaints about her tardiness. Back then, an instructor was given a fifteen-minute leeway regarding her appearance and if she went beyond that students were free to leave and still get credit for having attended the class. (Back in the day when they cared whether students showed up and you were granted only three absences. Imagine.)

Since I’d happened to have walked with this woman from her office to class, I knew she’d left “on time” for that five-minute stroll. But I’d also observed the numerous stops along the way as students and other teachers each wanted “just a second to ask… ” She never said “I have to be in class”, she simply answered the queries and walked on. Have you ever met a person that everyone seems to want a piece of if they happen upon him or her? Dr. Marcoux was one of those. (One of my sons also elicits that response in others. I don’t understand it at all, but even walking down the street with him was an adventure.)

When Dr. Marcoux and I arrived in the classroom we were quite late; you could hear the disgruntled murmurs coming up the stairs, murmurs which quickly turned into an eruption when she opened the door. This teacher listened to her students with a sense of presence to what they were saying; there was neither annoyance nor impatience on her face or in her body language. Finally, one person loudly summed it up for everyone when she said, “it’s not fair when you’re late”. Marcoux waited a brief moment and replied, “You’re right”. Then she turned to the board and began the class. Late or not, it was time for teaching.

That is my exemplar when I arrive late and out of breath. When I remember to become-as-if, actually participating in the process, I remain recollected. And that brings me to the timing for this bleg. For many reasons this does indeed appear to be the kairos moment for our Summer Quarterly Fundraiser.

Our regular readers know why we’re later than usual, but just in case a brand new reader has happened upon this post, well-l-l-l! Set down a spell and let me tell you…

In normal times I usually live with a sense of dread mixed with adventure in the first days of what has become an Octave of Begging — i.e., from Monday to Monday. Sometimes I’ve compared it to giving a dinner party: it’s fun to plan and cook and decorate, but there is the unvoiced worry: what if people don’t show up, what if they forget, what if it’s not that important?

Since I know by now the feeling will arrive, I just go about the preparations. After all these years (whenever it was that Pajamas Media gave us the heave ho and we had to decide on another method of revenue — or rather, y’all decided [insert made by Baron Bodissey: April 2008]) this quarterly occasion has assumed its own routine and ritual — the punctuated time the Baron mentioned. Our ordered event follows a by now long-established routine, though it requires a different mindset for each of us. The Baron must still find time to do all his usual tasks plus the fundraising posts he writes in addition and some of the donation thank-yous. For me, it means writing much more frequently than I have in the last few years.

Wait. Let me rephrase that: it’s not that I write less, it’s more the case that I compose but don’t finish. A strong sense that I have nothing new to add to the conversation eventually overshadows whatever I’ve written; I save the work, assuring myself I’ll go back to it. But those returns occur less and less. I have at least four start-ups just from last week. By now I know full well that should I open the document to re-read it, I’ll wonder what I was thinking, and close it again. Far easier to correspond with our readers and monthly subscribers, which I do frequently, though often I’m late on those, too.

Some would call me wordy and they’d be right. I seem to free-associate down the page. I figure some of the recipients must hide under the bed when one of my epistles shows up. Acknowledgements for donations don’t require a response from the giver. It’s just that I happened to share what was passing through my mind at the time.

Further up the page I referred to the normal times of our fund-raiser. This time we had to wait to get back to Normal in order to pull this off. I had to be free of most of the effects of a severe grass allergy, and the Baron had to recover both from Lyme Disease and to have enough treatments for his macular degeneration so that extra time in front of the computer wouldn’t be painful. Mission accomplished: I am no longer confined to our room with the door and windows closed, air purifier running full blast. And the Baron quickly shed the effects of Lyme Disease via a course of antibiotics. His needle-in-the-eye treatments are proceeding tolerably well.

So here we are; it seems like forever since our last fundraiser just because so much has happened and now gratefully we’re on the other side of all that. It feels blessed to be without drama and illness. Even the weather has changed, becoming moderate and more-than seasonable. An eighty-degree day [27 C] in August in Virginia is to be treasured, especially given that the real Vienna has hit 104 degrees [40 C] this week, and most people are without air-conditioning. I feel sorry for the old people there. Extremities of heat are a bigger threat to life than severe cold.

Remember all those old people in France whose families went on vacation in August and so many elderly died of the heat? Here’s a wiki for all of Europe in that heat wave of 2003. A disputed wiki, by the way. I do hope all those warmists are making plans for taking care of the elderly during this heat wave. A gospel proclaimed isn’t authentic unless it’s also a gospel lived, so those greenies had better be ready with the bottled waters and evaporative cooler patrols for the vulnerable. Oh wait. I forgot — they think it’s anthropogenic warming, so killing off seventy thousand old people might be seen as a solution. Thua they can complacently intone “Time for y’all to go anyway”… at least if it’s not their grandmama.

Time for us to ask, and time for y’all to give as your pocketbook and inclinations permit. I love both long-term givers and first-timers, for obviously different reasons. Blessings on you all, poured out and running over.

I’ll be back later this week, maybe to talk about the times in America, You know, my humble opinion as to what is transpiring and what we may face as a consequence.

On our first day, donors arrived from these far-flung places:

2 thoughts on “Slower Than Molasses at Christmas”