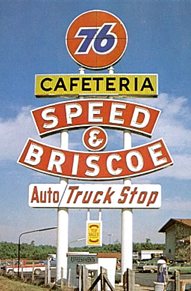 As most of you already know, early last week I was in the throes of reconstituting this blog in its present location after we were taken down by Blogger for “violating Google’s Terms of Service”. The move was not entirely unexpected — we’ve been anticipating it for several years, and especially since the Breivik massacre — but it was nevertheless a traumatic event. Even though we were fully backed up, to pack up and move an operation this size is a gargantuan headache. Setting up the new WordPress site, the migration of the archives, the adjustment of the template and settings to make the new site an obvious continuation of the old one — all of these were difficult and time-consuming tasks. We were fortunate to have the technical assistance of Henrik Ræder Clausen, who engineered the migration, easing my workload considerably. But the template was my job, so most of the rest has been up to me.

The site is mostly functional now. I’ve moved some of the old sidebar functionality to the top menu bar, where it may prove more useful, and can also include more content. Some of the old features that used to reside in posts — the Cultural Enrichment Archives, for example — have become pages, accessible through the top menu. In my spare time I’ll gradually add the rest of the authors, more of the “repression” cases, and additional topical material.

Early last week, while I was still working fourteen hours a day bringing this new operation up to speed, I was struck repeatedly with a feeling of déjà vu about the process. The job reminded me of something out of the distant past, but what was it? It kept niggling at me until finally, late last week, I remembered what it was. And now that the dust has (mostly) settled, I have a bit of spare time to tell the story.

Almost forty years ago, during my final semester at William and Mary, I had a roommate named Lloyd.

Lloyd and I were hippies, and engaged in the usual antics customary among college longhairs in those days — we drank beer, abused substances (at a modest level by today’s standards), played very loud music on the stereo, stayed up half the night, and slept late.

We lived on the third floor of Monroe Hall, which was an old, unmodified concrete and brick warehouse back then, before it was upgraded with air conditioning, card-key security, carpets, and all the modern accoutrements it has now. In the early ’70s it was one of the cheapest residences on campus, with only Old Dominion (known as “O.D.”, a nice word play for us hippies) being cheaper. The clientele at Monroe was thus of the rough and ready sort, and the roughest element lived up there on that hot, hellish third floor with us.

Lloyd and I would often come tramping up the big echoing stairwell with our friends in the middle of the night. Our raucous, drunken ascent — whooping and hollering and sometimes throwing things at each other — must have annoyed those students on the lower floors who lived close to the stairs and were trying to sleep.

I was a Math major, and minored in English, but my real passion was painting pictures. Over the course of the year I had painted murals in our room, decorated some of the furniture, and painted three panels on the outside of our door.

The first door panel realized one of Lloyd’s ideas, and was decorated according to his specifications. In hommage to our preferred lifestyle at the time, it featured a plate of bacon and eggs with a cup of hot coffee, painted in a retro 1930s style. To make it look like an advertisement, it bore a legend which read: “SPEED AND BRISCOE’S — We Never Close”. This motto referred to a truckers’ establishment just off the Ashland exit on I95 north of Richmond, and was familiar to all students who traveled back and forth to homes in Northern Virginia or Maryland. (I believe the Speed and Briscoe Truck Stop is gone now, replaced with the TA Truck Plaza, but I’m not certain.)

Next, on the panel below, I painted a depiction of the surface of a pool table, with three balls lying on the green felt. The numbers on the balls were laid out to form our room number — which I had painted over to make Speed and Briscoe’s — and supplemented with a big black eight ball off to one side.

The top panel eventually became a trompe l’œil view of the interior of our room as it appeared on the day we moved in, as though you could stand on tiptoe and peer through a window in the door.

We were justifiably proud of our decorated door. It told anyone who passed by what sort of fellows we were, and was familiar to friends and acquaintances who stopped in to see what was being imbibed or passed from hand to hand inside our infamous room.

One night near the end of the spring semester Lloyd and I must have been even louder and more obnoxious than usual coming up the stairwell at 3am. Someone on the second floor reached his personal breaking point, came up the stairs with a bottle of black Speedball ink, and threw the contents against our door. By the time we emerged into the hall to see what had happened, he was gone, leaving a black mess all over the painted panels and a puddle of ink on the floor.

Lloyd looked over at me and said, “You know what you’re going to do, don’t you?”

“You’re going to stay up all night and repaint the door.”

I realized immediately that he was right — hangover or not, by the time those ************s on the second floor woke up, that door would be as good as new!

I mopped up the mess from the floor and cleaned the door as well as I could, but Speedball ink is indelible, and much of the door was defaced with big gray smudges. So the first order of business was to paint the non-decorated part of the door with a coat or two of fresh white semi-gloss. After that I got out my bottles of powder and acrylic base and started in on the three panels.

Lloyd, the lucky so-and-so, tumbled into bed and began snoring before the first coat was even dry.

Because every square millimeter of gray smudge needed to be covered completely with an opaque layer, I had to do a careful, thorough job of repainting all three images. The resulting pictures became crisper and cleaner. The pool balls were completely lifelike. You could almost smell the coffee and frying bacon at Speed and Briscoe’s.

I sat on a chair working on the door until my more diligent neighbors got up to head for breakfast before their early classes. They walked by me, looking quizzically at what I was doing.

Finally, as the rising sun projected long tree-shadows up the Richmond Road, I was done. I stood back and blearily surveyed the result. Then I cleaned up the remaining mess and went inside to catch a few hours’ sleep.

When I got up in the middle of the day and looked at the door with completely sober eyes, I could see that the final product was a great improvement. If the vandal responsible were to come back up the stairs later that day to check his handiwork, he would discover that not only was Speed and Briscoe’s still open for business, it had been remodeled and redecorated.

And that’s what it felt like here late last week, when Gates of Vienna finally returned to full service, spiffy and new-looking. That’s what had been teasing my memory all week.

Forty years on, this is the updated version of that old dormitory door. Anyone who stops by can’t help but notice that it’s the same place — but better. Crisper and cleaner. Fully functional.

21 thoughts on “We Never Close”