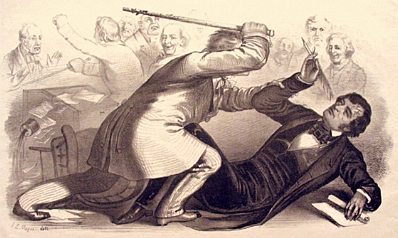 In the last few weeks I’ve noticed a number of new commenters, so now is a good time to revisit this site’s guidelines for commenting.

It will also fulfill a request by Dymphna. Months and months ago she asked me to post the rules for comments used by Mark Steyn’s website, which are similar to ours, and ones that she greatly approved of. I feel guilty that I didn’t do it before she died, but better late than never. Here are the Steyn Rules:

SteynOnline greatly appreciates your comments. We do not, however, publish comments containing: profanity, ad hominem insults, off-topic remarks, overly lengthy responses, commercial or other promotions, ALL-CAPS COMMENTS, incitement to violence or unilluminatingly insulting generalizations about various identity groups. We greatly value comments that are to the point and civilly expressed. Please do not simply put in links. Mark is interested in hearing YOUR comments. A URL is not a comment. Commenters’ email addresses will not be displayed publicly.

These are pretty much the same as my guidelines. The main difference is that I sometimes redact comments that violate the guidelines. If there aren’t too many violations in a single comment, and I’m not pressed for time, I’ll replace the profanity or ad-hominem slights with an acceptable synonym inside [square brackets], or just indicate that a word or phrase (or an even longer section) has been [redacted]. Recommendations that people or groups be tortured, slaughtered, etc. are generally replaced with [intemperate recommendations redacted].

If I don’t have time or am out of sorts, I’ll just delete the comment, which is of course much easier. Repeat offenders — people who just can’t seem to get the hang of the rules, even after having their comments redacted a few times — tend to annoy me, so I just delete such comments.

My habitual shorthand for our guidelines is this: “Gates of Vienna’s rules about comments require that they be civil, temperate, on-topic, and show decorum.”