My wife Dymphna died three months ago today. Writing about her from time to time helps me cope with the devastation of losing her. This post is off-topic from the primary mission of this site, so readers may skip it without missing anything. 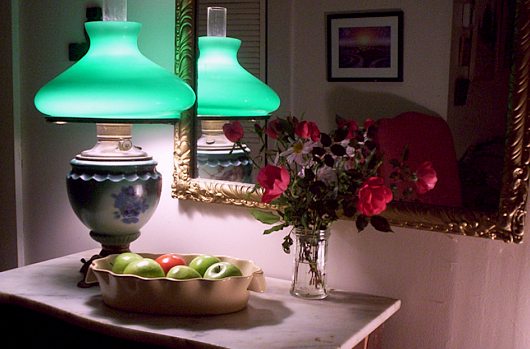 Early in our relationship I introduced Dymphna to the music of Leonard Cohen, and she eventually became at least as much of a fan as I was. A couple of months into our marriage we were listening to the album Songs From a Room, and I suddenly realized the significance of one of the songs. “Listen,” I said, “that’s our song.” She paid close attention to the lyrics, and agreed that it was true. So from then on, for the rest of our time together, it was “Our Song”.

I’ll explain why it seemed appropriate, but first listen to “Lady Midnight” by Leonard Cohen:

Dymphna and I met in the spring of 1979, in a bar in suburban Maryland near where my mother lived. I had gone to elementary and junior high school there, so I knew the area well.

My father had died the previous winter, and my mother and I had just returned from a trip to New England to inter his ashes in the family plot. The return home became a grueling ordeal after her car blew a head gasket in upstate New York. When we finally got back to Maryland, I said, “I really need a beer,” and went off to a bar at a nearby golf course where the bartender was an old friend of mine.

I had reached the point in my life where I wanted to get married and settle down. I knew that you don’t meet the woman you’re going to marry in a bar — I had always been told that, and still think it’s true, as a general rule — so I wasn’t there to pick up chicks; I was just drinking a beer and talking to the bartender.

While I was standing there at the bar a woman in distress came through the door, approached the bar, and said, “My battery’s dead; I need help.” She had been there for a drink a little while before, and when she left, her car wouldn’t start.

The bartender waved his hand towards me and said, “This is the man you need to talk to. I’ve known him for more than twenty years, and can vouch for him.” So I went out to the parking lot with her, moved my car over to hers, got the jumper cables, and started her car.

We left it idling to charge the battery and went back into the bar. She said, “The least I can do now is buy you a drink.” So I got another beer, and she ordered a drink for herself (dry vermouth, if I remember rightly — that was her customary drink in those days).

We introduced ourselves and began a conversation. I noticed that in addition to being attractive, she was obviously well-educated and -informed on various topics that also interested me. After a while my attraction to her must have become obvious, because she said: “I don’t do one-night stands, you know.”

Well. I was genuinely affronted, since that was the farthest thing from my mind — as I mentioned earlier, I wanted to get married, settle down, and have kids. So I said: “I don’t have to take this s***!”, turned on my heel, and went to the gents’ to cool down.

When I came back a few minutes later she apologized profusely, and we resumed our conversation without further rancor. It wasn’t long before the age difference — she was ten years older than I — ceased to matter. The attraction was mutual, and we arranged to meet the following night (a Saturday) for dinner at the Double-T Diner up in Edmondson.

The rest is history, as told in my eulogy back in June.

So remember, boys and girls: you won’t meet your future wife or husband in a bar. Dymphna is the exception that proves the rule.

Now, having heard the tale of The Night Baron Met Dymphna, read the lyrics of “Lady Midnight” and see why we decided it was Our Song:

I came by myself to a very crowded place;
I was looking for someone who had lines in her face
I found her there but she was past all concern;
I asked her to hold me, I said, “Lady, unfold me,”
But she scorned me and she told me
I was dead and I could never return

Well, I argued all night like so many have before
Saying, “Whatever you give me, I seem to need so much more.”
Then she pointed at me where I kneeled on her floor
She said, “Don’t try to use me or slyly refuse me
Just win me or lose me
It is this that the darkness is for.”

12 thoughts on “It is This That the Darkness is For”