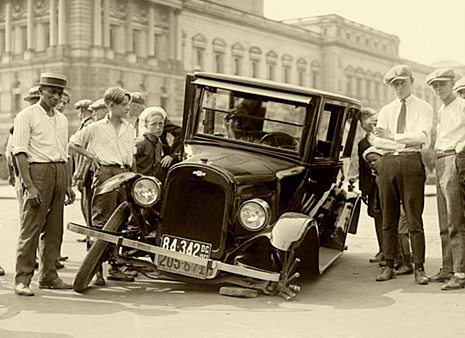 As you all know, my life has been rather stressful for the past few weeks. This afternoon it got even more aggravating: the transmission on my car gave out.

I was on the way home from town, and was going up the last little hill on the county road when the engine started roaring and the RPM needle jumped up to between 3,000 and 4,000. Somehow it managed to find the gear and get back into it, and I was able to drive all the way to the driveway. I stopped to get the mail, and when I put the car in gear afterwards it just baaaarely made it. I drove the last half mile in first gear, but I made it home.

Just for the heck of it I put it into gear to see if it would move at all. Drive, 2, 1, reverse — nothing. No engagement at all. It’s going to stay there until a tow truck comes to get it.

The car is almost twenty years old and has well over 200,000 miles on it. I did a rough actuarial calculation, and decided it’s not worth putting a new transmission in it. Time to get a new (old) car.

I called around and lined up a possible replacement that I might be able to afford. A friend is coming by tomorrow afternoon to take me down to look at it. Depending on how things go, I might be caught up in car-related hassles (as well as all the death-related hassles) for the next couple of days. Or it may get resolved fairly quickly; who can tell? So posting may be light, or not-so-light. 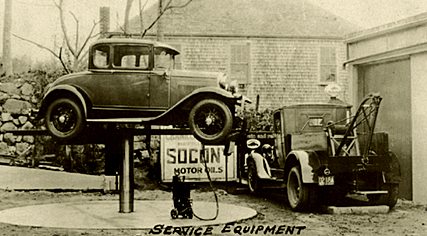 The car was Dymphna’s. She found it on Craig’s List more than eleven years ago. She said she wanted a big boat that she could steer with one finger, and that’s what she got. It made her very happy.

I liked it better than my car, even though it didn’t get good gas mileage, so when Dymphna became unable to drive, I gave my car away and we made do with just the one. It lasted eight years longer, which is not bad at all. All those trips to the doctor were much less grueling for her because of that car.

I keep telling myself how fortunate I was that the old boat didn’t give out on the incline of the driveway leading out of the grocery store. Or on the big dual highway. Or on the winding, hilly back roads. It actually got me all the way home.

It was Dymphna’s car. It’s as if it knew it was done — it had lasted through its owner’s funeral, and then a couple of weeks longer.

“I’ll get you home this one last time, and then I’m going to take a nice, long rest.”

Update: I told the future Baron about what happened to the car, and he said: “It’s Mom’s version of ‘My Grandfather’s Clock’.”

10 thoughts on “Every Time That Wheel Turn Round…”