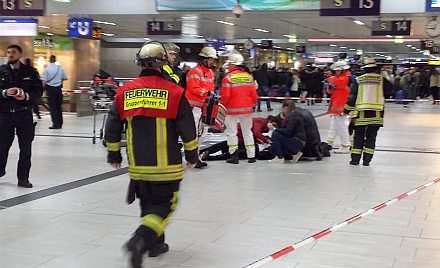 Many thanks to Egri Nök for translating this news report from Express.de:

In the Düsseldorf main train station, a man injured several people with an axe.

A police spokesman says Thursday evening that the police are deploying for a large-scale operation.

He cannot yet confirm details about the identity of the man, his motive, or the those injured.

Currently a helicopter is circling over the train station. The building has been completely sealed off.

4 thoughts on “Axe Attack in Düsseldorf”