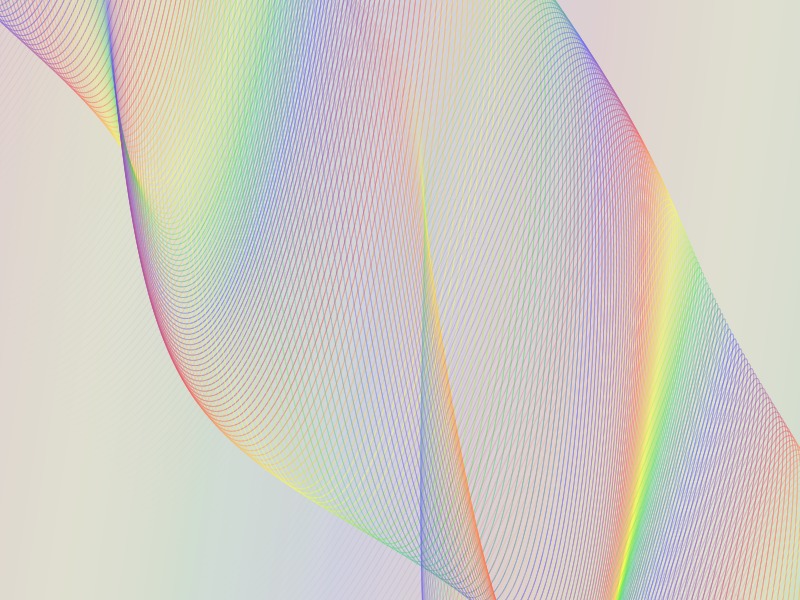 Or, The Transparent Woman

I just returned from forty-eight hours of involuntary vacation.

My old reliable computer crashed on Tuesday afternoon, and had to be treated for many hours by a knowledgeable technician. After the issue with the hardware was resolved, there was imaging, configuring, installation of new software, and other activities, some of which were entirely mysterious to me.

Everything seems to be running smoothly again now, thank the Lord. I’m reconnected to my auxiliary brain and can perform routine tasks rapidly, without much thought — which would not be possible on other computers in the house, even if I could see those teeny-weeny little screens.

However, I could do enough on one of Dymphna’s machines to keep abreast of what was happening. I even hijacked it early yesterday morning to do my mandatory April Fools’ post — it was the tenth annual one, so I couldn’t in all conscience let it slide by. But sustained work on that machine is too hard on my eyes, so I waited until my customary computer was back in service to resume my normal daily tasks.

There were about a thousand emails waiting for me when I logged in a while ago. Although many of those were spam, it will still be a while before I catch up on the backlog.

While I was waiting for repairs to be completed, I fired up my even older computer. That one is too ancient and sclerotic to access the internet, but it can still perform other tasks surprisingly well. It doesn’t have any recent software installed on it, so the lack of clutter in RAM makes it perform at a decent speed.

It was my auxiliary brain for ten years before I migrated to the new (but now old) computer. All my custom image-processing code is still on the older machine — twenty years of carefully written VB code that makes and modifies bitmap images of my own design. 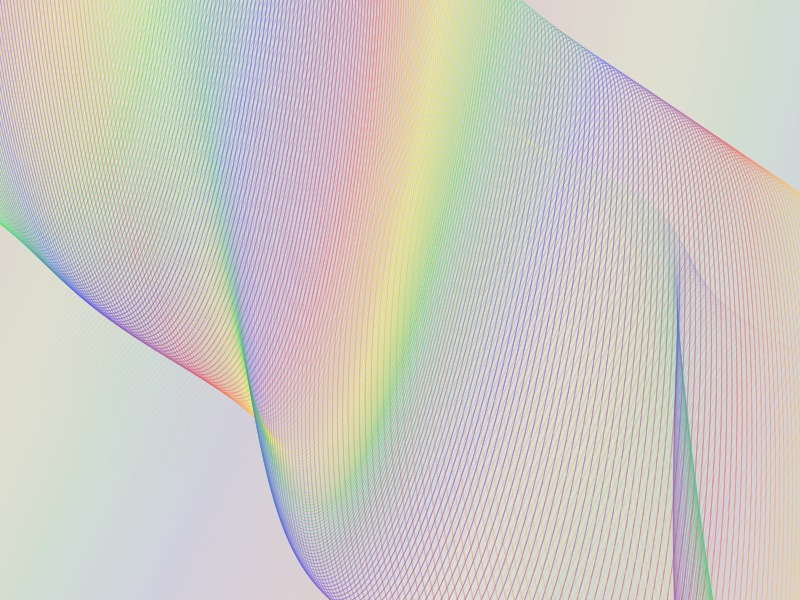 I set up a new series of images and processed a number of them yesterday and this morning. Two of those are included with this post.

These are mathematical constructs, so they originally didn’t have meaningful file names — just nonsense words followed by the number of the design. When I showed them to Dymphna, she insisted on naming them according to her own impressions of what they look like. To me they resemble curtains, but she named the top one “Transparent Woman” and the bottom one “Fluid Rainbows”.

For any geeks who may be interested in the mathematics used to produce the images, a brief technical description is below the jump.

My term for the color process used in this and other designs is “chromatization”. It uses a special palette of 432 distinct 24-bit colors, and is designed to mimic the normal visual spectrum. Rather than evenly balance the red/green/blue as used by a VGA card, it concentrates a greater proportion of colors in the orange-yellow-green section, and stints the blue-green and the blue regions. The relative intensities of the colors also mimic those found in sunlight, as can be seen through a prism or in a rainbow. I loop through this spectrum in the mathematical functions that make up designs such as these.

This particular family of functions plots two-dimension curves parameterized by arc length, that is:

where successive values of t position adjacent points at a uniform distance from each other on the x-y plane.

The two components of f — g(t) and h(t) — are compound trigonometric functions of t. They cause the curves to loop and swirl and overlap each other, but the parameterization by arc length keeps the graphs smooth and even.

The function f includes twelve constants that regulate the combination of various trigonometric values. The entire design is made up of a sequence of more than 1500 such functions, with additional variation imposed on each instance by passing different values of the constants, which also change according to trigonometric and exponential functions with each successive curve.

All the graphs are laid over a pre-designed background whose color varies at each point (x, y). In other words: no part of the final design is static; the entire image has been chromatized.

Anyway, that’s what I did on my vacation…

P.S. There will be at least a partial news feed tonight. But some of the items that came in over the past two days will have to be left out.

5 thoughts on “What I Did on my Vacation”