All is not well at Schloss Bodissey. 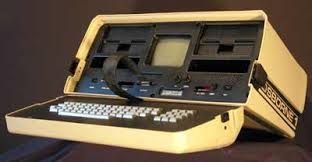 The Baron’s auxiliary brain – the computer on which he has stashed all his shortcuts, work-arounds, and neat gizmos – is not well. Even now a techie continues to work on it, not only fixing it but bringing it into the 21st century.

Until the surgeries are finished, things will be slow.

I am struggling over my own post, one about that co-pilot who, on leaving Barcelona, flew to eternity and took a lot of unwilling souls with him. Which is worse, being one of his victims or being one of the survivors? So very many people are left to mourn. Maybe I’ll finish it this week. Perhaps by Good Friday…

Meanwhile, to distract myself from the silence in the Baron’s office I’ve been setting up my straw bale garden. There was a shortage of straw bales due to an unusually high demand this season so they’ve only just arrived. The fellow at the hardware store thinks that others have decided to do the same thing, causing this temporary shortage.

This is close to what I’m going to do. Not entirely the same since my bales are new, but you’ll get the idea.

It takes about a month to properly season new bales so we should be ready to start planting in the first week of May. I have four bales, situated on the south side of the house, near enough to the flower bed there to make the deer cautious – or more cautious than they might be otherwise if the bales were situated further out in the grass. As all country people do, I will encourage our male guests to micturate near the bales. Makes the deer and rabbit a bit more leery. Not to mention bone meal, blood meal garlic, cayenne, and – as a last resort – pricey but effective Skydd. Originally developed in Sweden:

I sure will be glad to hear that computer keyboard tapping away upstairs again. Perhaps tomorrow? Poor Baron. He can only read computer screens. His screen, not my laptop. He’s not fond of my Chrome pasted atop the horrid Internet Explorer, either.

18 thoughts on “The Baron’s Auxiliary Brain”