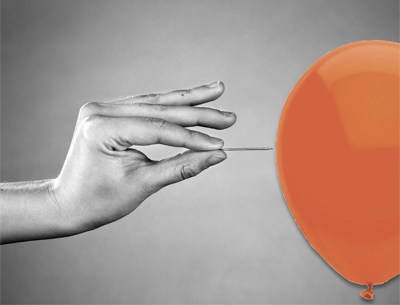 Timing is everything, until it isn’t. When plans get pushed aside by events…

We’d planned to do the Spring 2014 Fundraiser Fun-For-All starting tomorrow. The Baron has just arrived home, but he’s full of the Orlando aftermath. “Aftermath” means lots of videos to process and a lot of ground to go over again, but in cyberspace time rather than real time.

So we’ve decided that it would be best if he simply takes the week to decompress, process and metabolize the events and the people who came together to give voice to the voiceless Christians who are being murdered by the Religion of Peace. That done, we can begin the nuts-and-bolts of fundraising later on.

How much “later” remains the question. I would like to do it near the Summer Solstice, but the B may not want to wait that long. My reason? For several decades we had a Midsummer weekend celebration. Friends came from all over and camped out for two days. We had lots of food and a big Saturday night supper with everyone contributing their favorite dish. I don’t think we ever had to assign main dishes or salads or desserts; it just seemed to turn out right by magic. And I could always count on the bachelors for Kentucky Fried Chicken. (My specialty was sweet and sour stuffed cabbage). The fireworks were after supper — it didn’t get dark until after nine so all the kids were certainly wound up by then. And with the mighty sugar surges from Mississippi Mudcake flowing through their systems, their little brains were panting for the fiery flowers in the dark sky overhead and the pinwheels and the rocket’s red glare, of course.

Ah, memories. We sure collected us some…

Anyways, no Spring Fundraiser this week. But there will be an Early Summer Squeeze for sure. No doubt y’all are as disappointed as can be, but never fear — that mason jar full o’ cash will be lighting our pages soon.

The events of the Orlando weekend to be gone over. Yes, everyone worked hard and ate well. The team came from all over, with a few added attractions…but I’ll let the Baron tell those stories. They have all been together for so long, but this was the first time they’ve gathered on American soil. God was kind to their mostly Northern European souls: in a most unusual meteorological event, Orlando had a cool front move in, a Canadian high pressure system that always brings sunshine and cool, dry air. In Florida. In May. Amazing.

I’ve already been warned to avoid the Orlando posts that will have embedded PTSD triggers. Considering the subject, those are inevitable. This was, after all, a weekend to call for help for the Christians who are being increasingly and ever more brutally persecuted.

The Baron was particularly touched by Sister Hatune’s work; you’ll be seeing her videos eventually.

3 thoughts on “NOT the Fundraiser…”