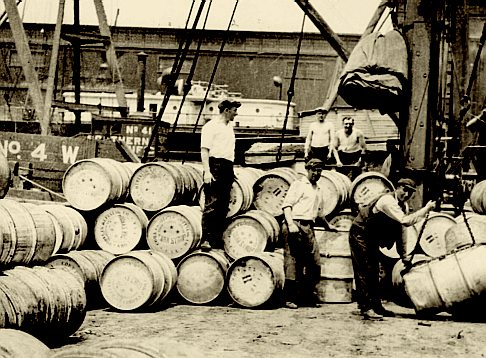 As you all know by now, Dymphna and I are discussing odd jobs during this week’s fundraiser. We’ve been reminiscing about the things we’ve done to get by over the years. If it paid the bills and put food on the table, we did it.

The weirdest job I ever had was as a Kelly Girl. It was back in the early 1980s, during the same period I was working as an itinerant math tutor. In those days they had just stopped calling them “Kelly Girls” — the company now billed itself as “Kelly Services”. But when people asked me what I did, I got a charge out of telling them: “I’m a Kelly Girl.”

I answered the ad in the paper one winter when we badly needed money. I thought I could do an occasional bit of clerical work. My typing was no good, but I had organized filing systems in the past and done other clerical odds and ends in previous jobs.

As it turned out, that sort of work was strictly for the chicks. Despite their rebranding themselves as Kelly Services, the corporate ethos was sexist: they put guys into guy jobs. So I was sent out to demo a foot-massaging device at J.C. Penney stores. The thing was made out of varnished wood and had little rollers. I had to take off my shoes and show customers how I soothed my tired insteps with the thing.

I was also sent out to supermarkets and country stores to hand out samples of Diet Dr. Pepper. This was in the earliest days of aspartame, and the Pepsi company was marketing it heavily to get people accustomed to the taste. Nasty stuff — I wouldn’t touch it myself; they had no worries about my drinking up all the inventory. But I had to pour it into tiny little paper cups, smile at people, and say, “Would you like to try the new Diet Dr. Pepper?”

That sums up Kelly Girls. Before I move on to more interesting odd jobs, I need to put in a plug for Vlad Tepes.

If you’ve been to our fundraisers in the past, you know that we tithe what we get here to Vlad. His video work is so important — it’s absolutely crucial for us to keep him going. He’s like us; he lives hand-to-mouth most of the time.

So, if you like what he does — video or otherwise — I recommend that you visit Vlad’s place and clink his tip cup with just a little bit extra.

The first odd job I got after I threw away my career and started painting pictures involved painting flowers and text on the sides of ceramic cups.

It all began when I was sitting on the sidewalk in a small town near where we live, painting a view of the street and the tree-shaded houses. A woman came up behind me and watched me working. After a while, she asked me if I wanted a job painting cups.

Years later I codified my response into a general motto: “Never turn down an opportunity.” When an offer comes along for something that you can do, and that provides income, take it. This was the first such opportunity: the next day I showed up at her house, ready for work.

Louise and her husband Bill ran a small business out of their garage, which they called “the cup factory”. They had three kilns, a series of molds, drums full of slip, glazes, and all the other paraphernalia required to produce ceramic cups.

Louise’s cups were for kids, and featured a gimmick: each one had a little ceramic animal attached to the bottom of the inside. The creature in the cup motivated the kid to drink his milk, or his ovaltine, or his absinthe, or whatever, so that he could get to see the animal.

The outside of each cup had a picture of the same animal — a bunny, a teddy bear, a ladybug, a dugong, or maybe a three-toed sloth — and some flowers. My job was to paint the eyes and other details on the animals, then the outline, and put the pink blossoms on the flower stems.

Then there was the lettering. Some were generic cups, which just said, “Who lives in this cup?” Others were custom-ordered cups, where the child’s name was included: “This cup belongs to Jennifer” or “This cup belongs to Theophrastus”. That’s how I learned the popular names for children born in the early 1980s: Jason, Joshua, Jared, and Jonathan for the boys; Jennifer, Jessica, Amy, and Tina for the girls. Hundreds, maybe thousands of each.

I used colored glazes to paint on the outside of unglazed cups that had the design stenciled onto the raw slip. After the other cup-painter and I were finished, the cups were fired overnight. The next day they were covered with a final coating of clear glaze, fitted with a previously glazed and fired animal, and then fired again. Bill packed up the finished cups and shipped them off to toy shops and specialty stores.

I have no doubt that I worked in a hazardous environment. The glazes were poisonous, and the slip dust was full of silicates and whatnot. I’m sure we were violating OSHA regs by not wearing masks and rubber gloves. But the whole enterprise was under the table, anyway — officially we were piece workers, no W2s for us — so it didn’t really matter. We were paid less than minimum wage, but we didn’t care, because without the big federal bite, the take-home pay wasn’t all that bad.

Those three kilns really heated up the cup factory overnight. In January it was great to walk through the door in the morning and feel that nice warm room. Even when it was in the teens outside, we didn’t need to fire up the woodstove until after lunch. But in July it was brutal — the garage door and all the windows would be open, but we’d still sweat like horses while we slaved away.

I worked there for about five years, and got to know the family. Louise had two teenage sons and a pre-teen daughter, and the boys and I eventually went into a little sign-painting business together — but that’s another odd job story.

Bill took a job as an independent contractor supervising an inventory crew for a chain of convenience stores, and his whole family and ours eventually worked for that crew. Later, when Bill moved on to other things, I took over the supervisor’s job and ran the inventory crew every Tuesday — but that’s another odd job story.

I got to know the owner of the convenience store chain, and he was looking for someone to program his brand-new Osborne I computer. I lied and said I knew BASIC, and then went out and bought a BASIC book and read it one evening before going to work for him. That led to my longest odd job of all — I worked for him off and on for sixteen years. His infuriating, stingy, demanding ways made me into a highly skilled programmer, and allowed me to take on much more lucrative work almost two decades later. I owe him a lot, the old skinflint.

But that’s yet another odd job story.

The point of all this is that one thing led to another with the cup factory. By not turning down that particular opportunity, other opportunities opened up that helped us stay alive. After she became unemployed, Dymphna worked at the cup factory for a while, pouring slip into the molds for the little animals. And she worked on the inventory crew every Tuesday for a few years, counting merchandise and running the adding machine.

Those relationships not only led to other opportunities; they were gratifying in themselves. I’m still in touch with Louise and some of her family. Louise is getting up there, and the kids are well into middle age now. Funny about that.

And all through those years I kept on painting landscapes and holding one-man shows every fall. Looking back, it’s hard to see how I managed it all.

For yesterday’s gifts, our gratitude goes out to donors from:

Far Abroad: Australia, the Netherlands, Sweden, and the UK

A big thank-you to everyone, and I’ll see you all tomorrow — or later today, actually.