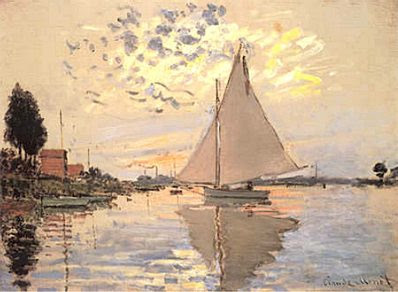 When we were first “encouraged” to do these quarterly fundraisers (by a mentor who does such things professionally, in magnitudes where I’m grateful not to ever have to go), the idea caused both of us more than a bit of stage fright. It’s rather like throwing your first party when suddenly, after hours filling tiny pastry puffs and making more Swedish meatballs than you ever want to see again, the thought occurs, “Oh no! What if no one comes? What will I do with all these canapés?” [hint: only make hors d’œuvre your family is willing to eat for a week. Snow storms happen.]

With each fundraiser we became more seasoned. Instead of feeling embarrassed, the custom of “blegging” four times a year simply became part of our work here. Sure, there will always be an initial reluctance to put out one’s hand whilst trying to appear nonchalant, but that passes more quickly. With each experience, we understand better all the stages through which we must move in the course of the week. We grasp better our situation — both as participants and as bystanders — with a surer trust in the sequence. Instead of worrying about setting up ahead of time The Theme for The Week, we let the exigencies of the moment carry us through the days and events of each quite individual bleg. At a not-quite-conscious level what was an idea the night before we start coalesces into a complete event.

This journey no longer passes through much of Reason’s territory. That’s partly because I’ve learned to follow the Baron’s lead. Instead of trying to chart the trip, we jump in the boat and sail off on the next new adventure. No longer afraid of being lost — because we can’t get lost — we’re adept at containing our uncertainty so as to allow room for whatever shows up along the way. Sometimes it’s a bit foggy, but whatever surfaces from the murk is always far more entertaining than we anything we could have imagined on our own.

It is often the case that we start out a bit later than we’d have liked. This time particularly we delayed and stalled. We were both still a bit lost; the terra was less firma than usual. However, we reminded one another that this is what we do: come hell or high water…

[…or earthquakes — damned if another ‘aftershock’ didn’t send me out of the house a few moments ago. I held onto the porch railing in order to sense the tremble of the earth. Only when it quieted (a few moments, perhaps) did I come back to the computer. For any interested amateur seismologists, the map coordinates are: 37.940°N, 77.896°W. It was magnitude 4.5, a bit south of Cuckoo (north of the original epicenter) this time. Three miles down into the bowels of the earth, things are still unsettled.]

Going in to this fundraiser had, for both of us, a paradoxical feeling. Instead of setting out, we seemed to be arriving safely back at home after a hard journey. Having emerged from a deep turbulence was a strong sensation for both of us. We’d been pulled willy-nilly into the stormy malevolence of a disordered soul halfway across the world, and been stranded amongst the hatreds projected onto us by the killer’s countrymen (who badly needed a scapegoat or three). Even as they grew silent, we were still burdened with their mourning.

The closest I can come to conveying that experience is to ask if you’ve ever been knocked over by a breaking wave you didn’t see until you sensed something and looked up. Suddenly, as if out of nowhere, a lacy curling shawl was collapsing onto you, its fiercely impersonal opalescent energy, in that gaspingly eternal moment of being pulled under, forced you to obey the grave laws of water and sand as you struggled simply to stop tumbling.

Finally, in the company of shells and seaweed, you were dumped without ceremony onto the shore. The wave receded and disappeared. Your nose streamed sea water, your eyes stung with salt . Perhaps you sat for a bit listening to the scree of gulls, or staring into the distance where sea and sky merge. Afterwards, returning to yourself, you carried the results of that encounter in the form of long superficial abrasions on your shoulders and legs — or whatever part of your body had been forced to scrape along the sandy shallows. For a time, you’d relive those long moments of being crushed and overpowered. The feeling faded, but you never quite forgot.

Thus, that first night, the Baron remembered the book of Caspar Frederich’s paintings I’d given him years ago. I’d seen a print somewhere and was struck by the similarity of the way both artists — Frederich and the Baron — perceived the world. As someone remarked once at The B’s annual exhibition, “if you live with his paintings long enough, it permanently changes the way you see”. So we looked through Frederich’s work and both of us were struck with that aha! gut feeling: we were seeing ourselves coming home. The relief, the sense of having survived the night, the storm, was perfectly conveyed in that scene. As though by going through this summer ritual, we would arrive back where we belonged.

So this is a week of sailing. Of comings and goings. And of aftershocks and rumblings. And of transitions. I love early light and twilight. Transitions.

My sailboat, by Monet, reminded me of a song I heard often growing up. I always liked the old stuff, the tunes they sang before I was here, the ones that will continue after I’m gone.

There are lots of versions of “Red Sails in the Sunset”. Even the Beatles covered it. Not well, I might add.

During my years in the orphanage, the big old summer house was on the river. From the top of the rise where the house was built, you could see the boats go by. Inevitably, in that semi-tropical evening, a sail would catch the last rays of the sun. And someone would always, always say, “red sky at night, sailor’s delight…”

Lots of evenings we’d spend our “recreation hour” singing. Of course we sang the old standards, though we had no idea they were “old” or “standard”. These were simply the songs of our environment, the ones we learned from the ancient cook, or the old nuns put out to pasture with us. We sang to pass the time on long bus rides, or to while away a humid interval between supper and bedtime.

In a much gentler way, but just as deeply, those songs inhabit my memory alongside the felt recall of being tumbled by the waves.

You can hear her first recording of this song (and perhaps her first recording ever) here. If you compare that one, done in 1935 when she was 18, to my choice from 1964, you’ll notice how much stronger and better trained her voice became in the interim. Both of them are “big band” arrangements; as an accompaniment to her voice — despite the poorer sound quality — I prefer the looseness and spontaneity of the earlier band.

Here’s a good biographical account of Dame Vera, now 94 and counting. Like the Queen, this Lady knows how to wear a hat.

A few details from that wiki:

During the war years she toured Egypt, India and Burma, giving outdoor concerts for the troops. In 1985 it was announced that she would receive the Burma Star for entertaining British guerrilla units in Japanese-occupied Burma. She is one of the last surviving major entertainers of the war years.

In 2000, she was voted “the Briton who best exemplified the spirit of the twentieth century”. Surviving to see in the next century surely had a lot to do with the results of that vote?

We’ll never see Vera Lynn’s England again. But after what Mark Steyn has taken to calling “the Armageddon” perhaps a kinder, gentler, and as beloved an England will emerge.

Wednesday’s donors sailed in from far and near:

Thanks to all of you!