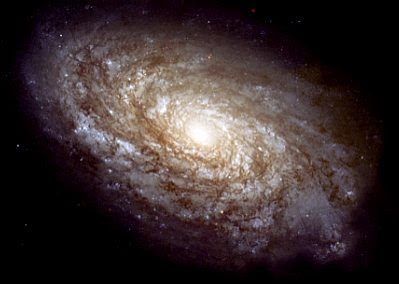 Cherif El-Ayouty is a civil engineer who immigrated to Denmark from Egypt in 1968. He is a Muslim who has voted for the Danish People’s Party since the party was created. According to him, the DPP is the only party that defends his values.

Mr. El-Ayouty wrote the following essay in collaboration with Hans Erling Jensen, who has kindly translated it for Gates of Vienna.

When we meet creatures from space
by Cherif El-Ayouty

I’ve always been deeply fascinated by outer space. As a child, plowing my way through all the books I could lay my hands on, I discussed my reading with anyone interested — the neighbors, my professor at the university who had even received a Nobel Prize! Planets, stars, and galaxies were a big part of my life.

My dream is that man will one day find a way to travel in outer space, so we can meet other intelligent creatures, which I’m sure exist somewhere out there.

How will we behave in such a meeting? Will we expect that the species we are visiting on their planet are friendly and will embrace us, and if they do, how will we look at them in the long run? Can we accept their way of life, their view of what is beautiful and what is disgusting? How about faith and moral principles — relationship to life and death?

If everything goes according to plan, and our dearest wishes come true, this future meeting will be a gift to humanity. But what if everything turns out to be “The Opposite”? Our new friends are hostile. They possess an appalling morality, cheat and manipulate us, and in return, we look upon them with suspicion and discomfort, while we wonder if they’re going to destroy us if we do not do something drastic to them first?

A scene from “Star Wars”

It is somewhat easier to obtain diversity of intelligent beings when we watch a scene in Star Wars. There we can pair the ethics and morals with appearance and manner to confirm the stereotypes, which we believe reflects the evil and the good.

Here in the real world, on our own little planet, it is difficult to accept that two people who at first glance is created after the model, two arms, two legs, a head and a body can look at life from two completely opposite poles. It is like we are each standing on our own planet!

It is my philosophy of life that man has to understand that just as we do not have big problems understanding that extraterrestrials might be very different from us, even if they are equipped with an intelligence like ours, it is fundamentally important that we accept that the same circumstances exist here on Earth.

People have different cultures have different ways of living, of thinking. What deceives us into thinking otherwise is that we are so similar physically.

An example of what can happen

When Columbus decided to take the back door to India and “by accident”, you might say, landed in San Salvador, the Spanish sailors were met by curious Indians who smilingly welcomed the unknown and provided them with food and other necessities in exchange for various souvenirs.

The two groups might as well have come from different planets. Indians lived from hand to mouth by nature’s abundance. Columbus and his men were primarily looking for gold, and they unfortunately eschewed no means to obtain it. The Indians soon had enough of tyranny and hegemony of the Spanish gold-diggers so engaged they were in chasing of their “god”. Bloody conflict between the native peoples and the immigrants soon became more rule than exception.

Without making any indignation parallels between Columbus time and the present, I would just soberly point out that when you fly from our part of the world into a village in the middle of the Amazon, or Papua, or to visit the pygmies in Africa, the cannibals in New Guinea or the mountain Indians in Chile, it’s like visiting other planets. The same happens when a Westerner arrives at one of the thousands of villages in Afghanistan, Pakistan, India, Egypt, Libya, Nigeria, Sudan, Yemen, Somalia, Saudi Arabia, Iraq, Iran and many other countries. The feeling of having landed on another planet is a popular description in the literature.

The difference is massive. It’s about life values, mindsets, knowledge, lifestyle, behavior, principles, philosophy, glory, religion, eating habits, and so on. Simply put, there is a universe of difference. For the Westerner traveling as a tourist, it is important to maneuver around the conditions and the rules that the communities visited have lined up for its own survival. Even as a tourist, this can sometimes be rather difficult.

Of course there are people on all these “planets” that have learned to communicate in global, or cosmopolitan terms, and are fully capable to complete commercial, political, social or scientific agreements and transactions with the rest of the world. But that does not mean that we in the West can change the foundation each of them stands on, just because we think our values have more content or are more universal than theirs, and vice versa.

We simply have to acknowledge that humans are different, cultures are different, and that some people go better together than others — and even go a step further and realize that certain things do not work if they are mixed together. The mixture will behave like oil and water.

Islam and the West

And now I am reaching the point. The values that are primary causes of the West’s development and prosperity are diametrically opposite to the values that prevail in most Islamic countries. Things are currently unstable in several of these states, and it looks like some kind of community revolution is in progress. But where does it end? What will be the result? In the West there is hope, and we think that the result is a turn toward democratic ideals. Unfortunately, these “planets” have too little understanding of what democracy is.

Countries like Afghanistan, Pakistan, Yemen, Somalia and many other Islamic states are fundamentally different from the West, so to go to war against these nations or against groups in their countries — as we for example are doing in Afghanistan and did in Iraq — with the aim to build democracy, is from my point of view not to very constructive. It’s like a galactic war. They believe in theirs, we believe in ours. That ours obviously is better does not help much in this situation.

What is worse is that we have opened our borders to some of those who are most different from us. We have allowed them to sit in the midst of us to work against us, to spread propaganda against us and even to call for war against us, there (Afghanistan) where we are fighting for democracy, women’s right to schooling, and human rights for every individual rather than rights for government or priests.

We Westerners can not expect those who are locked up in and chained to another universe, where family, tribe, and God determine everything, to embrace us and do what we do and live up to our form of democracy, our values, our lifestyle, our aspirations, and our standards — either back there among themselves or here.

It is my firm view that we would do better if we forget this naïve idea of democratizing the world to benefit everyone and instead concentrate on defending our own existence with new and better assets. The thought based on the idea that democracy allows everything, and permits everyone to express themselves the way they want, is damaging to our own existence, our human rights, and our individual freedom. Which community with just the slightest wish to survive would give the enemy the right and means to cross our borders and attack us from within? Which society would do that? Yes, ours would!

The Open European democracies can do nothing to fight the Islamists. It is no use to talk about human values (which we have set the standard for) in the fight against Islamists. Islamists have no respect for “man-made” laws and conventions in their conflict with us. We will not win a single game against the Islamists, although they are a minority and are far more poorly equipped than we are. We are slowly but surely to lose our freedom, our lifestyles, our property values — all that we have built and strived for centuries — and ultimately our own nation.

Therefore, is it not time before it becomes too late to pull out of Afghanistan, to redirect our strategy in the fight against the Islamists, to audit the use of our democratic principles so they are not used by others to harm us, to stop our appeasement, special and blue-eyed gestures, saying loud and clear, to the harmful and inassimilable immigrants, that enough is enough?

Those who live on another planet in another universe will never — in the foreseeable future — be able to understand our Western lifestyle; they will always despise if not hate us, and no matter how much we have helped them, they will turn against us when we least expect it. Unfortunately, we are so burdened by our respectable positions that we do not have a chance to win this battle about values when we have both hands voluntarily tied behind our backs.

Let us liberate ourselves and accept that times have changed and will require a total restructuring of our ideas and thoughts.

18 thoughts on “When We Meet Creatures From Space”